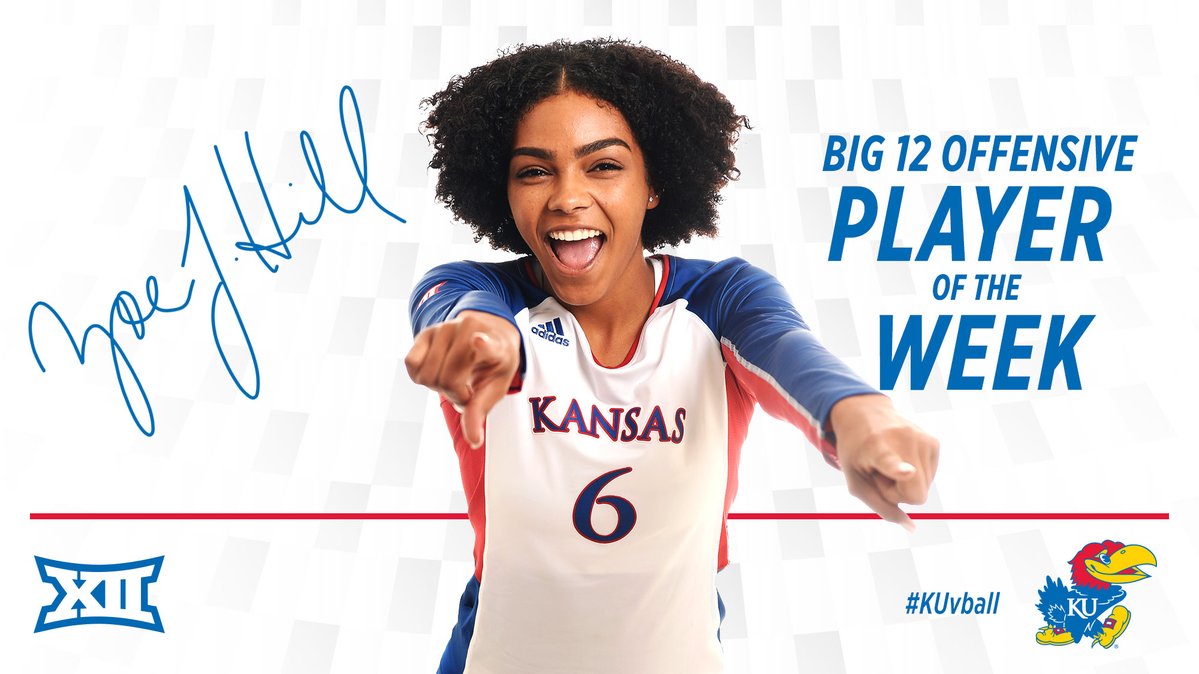 Hill was named Offensive Player of the Week after hitting at an eye-popping .708 hitting percentage in wins against West Virginia and Oklahoma. The sophomore from Houston, Texas, registered seven kills against the Mountaineers and added 10 kills and five blocks against the Sooners, while hitting ata  .769 clip.

Ogbogu was selected as Defensive Player of the Week after posting nine blocks in the team’s lone match of the week against TCU. The Coppell, Texas, native put up two solo blocks and seven block assists, while also adding three kills and two digs for the Longhorns. 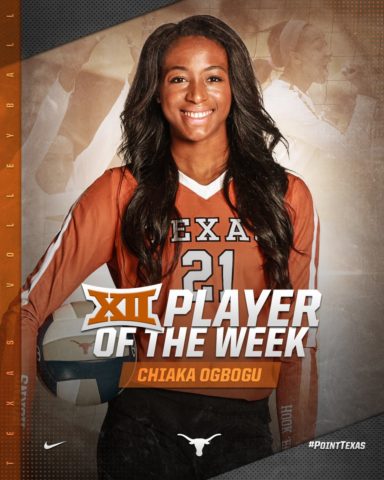 Lockin earned her second Freshman of the Week accolade (also Sept. 25), after leading the Bears to wins over No. 21 Iowa State and West Virginia. The Des Moines, Iowa, managed 32 assissts, four blocks and two digs against the Mountaineers. Lockin then recorded a 37-assist, 11-dig double double while guiding Baylor to a .271 team hitting effort in the upset of the Cyclones. 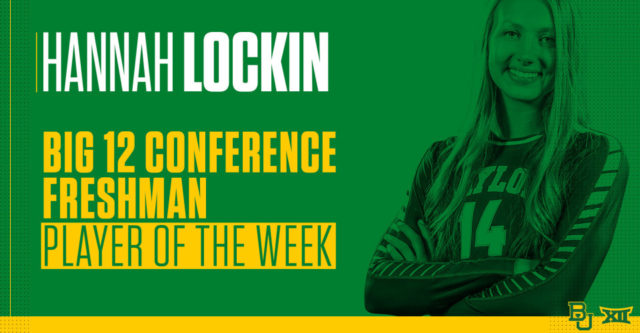