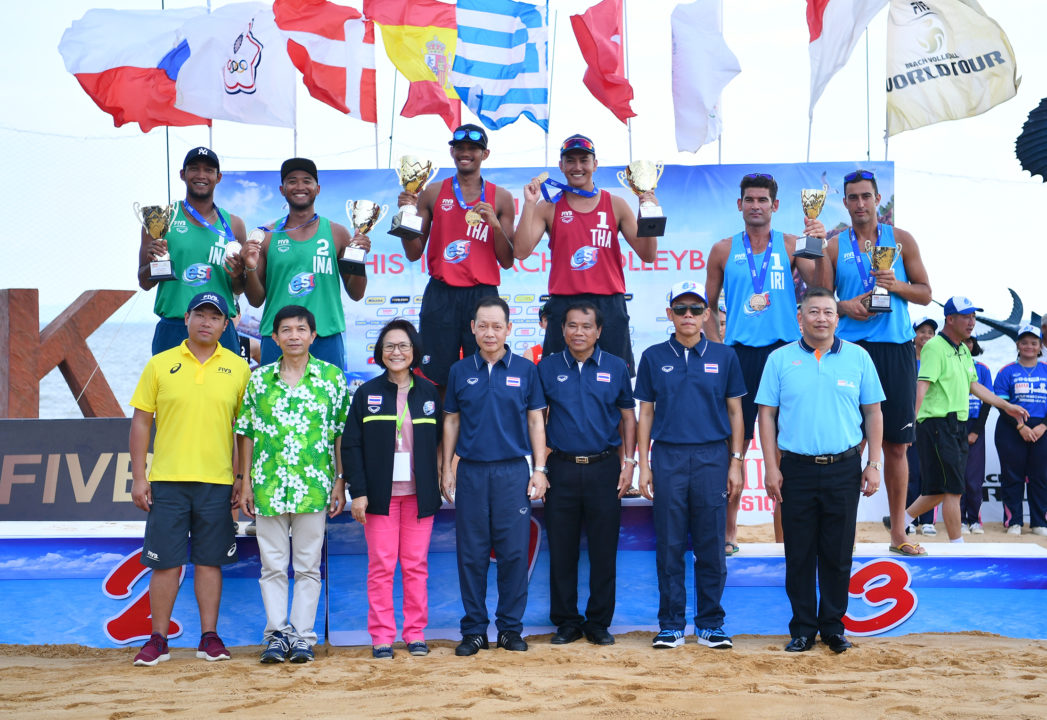 Americans Caitlin Ledoux and Emily Stockman secured the SMM Pak Bara Beach Satun One Star title on Tuesday night with a pair of three-set wins. It was the pair's first gold as a duo and Stockman's second on the FIVB tour. Current Photo via FIVB

First the 10th-seeded duo took out third seeded Dhita Juliana/ Putu Utami in the semifinals, rallying after dropping the opening set 22-20. Then, in the gold medal match, the pair bested No. 4 seed Tatyana Mashkova and Irina Tsimbalova, against overcoming a first-set loss.

The win, which comes in the duo’s first FIVB outing together, gives the team the $1000 prize. It is Stockman’s second gold following the 2017 Langkawi One-Star with Kim DiCello and first for Ledoux, who claimed silver at the 2018 Shepparton One Star with Jace Pardon.

On the men’s side, it was homestanding Nuttanon Inkiew and Sedtaway Padsawud that claimed the title. The top-seeded Thai duo defeated eighth-seeded Australians Zachary Schubert/Tim Dickson in the semis after falling 24-22 in Set 1, then topped Indonesia’s No. 2 seed Ade Rachmawan/Mohammad Ashfiya in straight sets to top the podium.

It was the first gold medal for the duo, which finished second at the Southeast Asia Beach Championship in September.