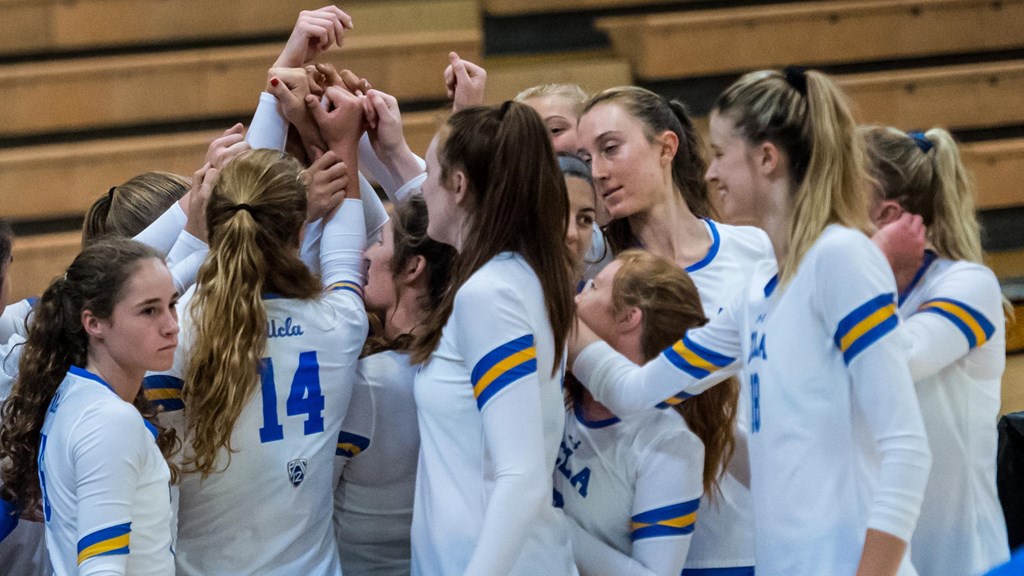 Originally slated to be part of the Hawaiian Airlines Rainbow Classic this weekend, Gonzaga and UCLA have announced both have rerouted to Los Angeles for their 2018 opening slates. The change of plans ends a 38-year streak of UCLA playing in Honolulu. The Bruins/Rainbow Wahine have played every year since 1974.  Current Photo via UCLA Athletics

Originally slated to be part of the Hawaiian Airlines Rainbow Classic this weekend, Gonzaga and UCLA have announced both have rerouted to Los Angeles for their 2018 opening slates.

On Tuesday, Hawaii announced the tournament would happen as originally scheduled and Kansas State posted pictures of its team on site already.

Gonzaga and UCLA announced on Wednesday morning that the teams have cancelled their trips to Hawaii and will instead play two matches in Westwood. The Zags will face UCLA on Saturday at 7 p.m. ET and Sunday at 4 p.m. ET at the John Wooden Center.

This will mark just the second and third all-time meetings between the teams, with the last coming on Dec. 1, 1990, an NCAA Tournament sweep for the Bruins.

This is not the first time that hurricanes have wreaked havoc on the volleyball slate with Hurricane Harvey bumping several early season tournaments.

UCLA, meanwhile, went 21-11 and tied for fifth in the Pac-12 in 2018 and advanced to the NCAA Sweet 16, before falling to eventual national runnerup Florida.

This was to be the Bruins second straight season opening trip in Hawaii, following a 3-0 effort at the 2017 Rainbow Wahine Invitational. On that trip, UCLA topped San Diego, Marquette and host Hawaii. UCLA also went 3-0 in Honolulu in 2014, 2015 and 2016.

UPDATE: Hawaii tweeted the following announcement regarding the cancellation of the tournament.

UPDATE: The HAL Classic volleyball tourney is cancelled. Gonzaga & UCLA will not travel to Hawaii. No matches on Friday. Discussion w/K-State regarding matches on Sat. and/or Sun. are pending weather & facility availability. Please check https://t.co/OgyOHeJ9qt for further info.