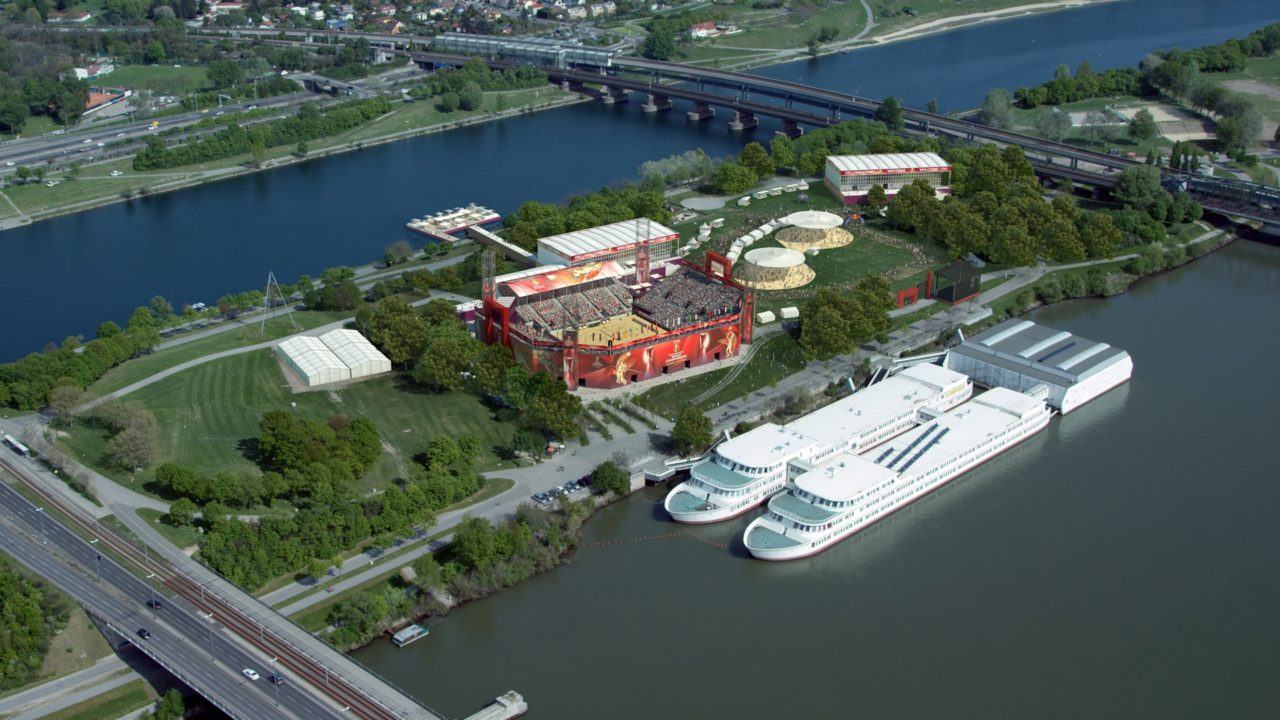 The 2017 FIVB Beach Volleyball World Championships are heading to Vienna, Austria, and while not being played on a natural... Archive Photo via FIVB

The 2017 FIVB Beach Volleyball World Championships are heading to Vienna, Austria, and while not being played on a natural beach, the event will have a very unique venue:on Danube Island in the middle of the Danube River.

The unique island lies between the Danube river and the parallel excavated canal called the “New Danube,” and is 13.1 miles long but only about 300 feet wide. The island is home to many beaches, bars, restaurants nad night clubs, as well as summer festivals. Madonna’s first ever concert in Austria was played there in 2008 for 57,000 spectators.

The best 48 men’s and women’s teams in the world will compete for $1 million in prize money with 208 matches across 10 days.

Center Court will host up to 10,000 fans day and night with concerts and events to supplement the action on the court in a massive complex.

Below, watch the official hype video and trailer for the event with details about the venue and event: