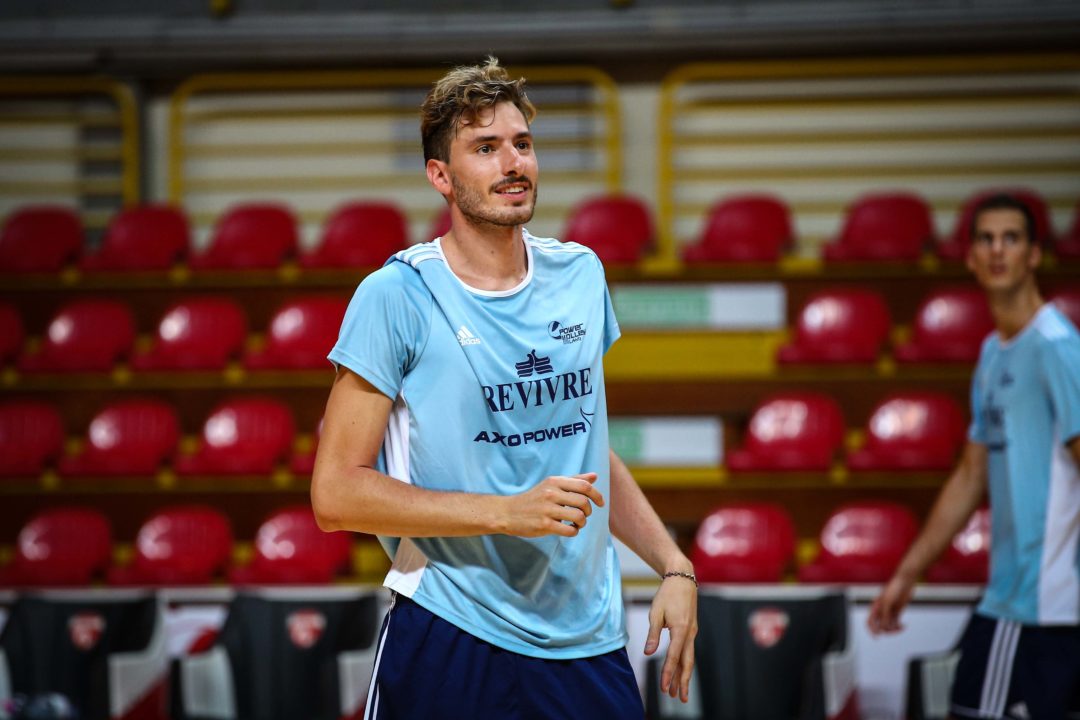 The Italian national team was eliminated from the WCH's Final-6 recently. The team had a notable absence in its roster from its 2016 Olympic Games silver medal roster: Matteo Piano Current Photo via Powervolleymilano.it

The Italian national team was eliminated from the WCH’s Final-6 recently. The team had a notable absence in its roster from its 2016 Olympic Games silver medal roster: Matteo Piano. The 28-year old 6’10” middle blocker, one of the best blockers in Italy, had undergone an Achilles tendon surgery a few months prior to the event. Piano’s current team, Powervolley Milano, which recently bought out his full contract from Modena, published an interview in its official website where the player related his recovery process and future ambitions with the team:

“I have undergone a very hard and demanding operation, it was not easy at all, especially at the beginning, but now I’m fine. I’m recovering and I can not wait to take to the court again with this shirt.I am really happy to be in this new phase of my sporting life here in Milan. It was important for me to have some stability after all my difficult and troubled summer. It’s a sort of third part of my sports career: I arrived here last year with a very intriguing role and I’m very happy to be able to start again with this shirt. I learned to walk again, and it was a very strange thing because you do not expect it. Now I will learn to run and jump again, very willingly and with determination, but above all with a smile. The genuine and sincere affection I receive from the team is something that helps a lot and it has helped me to raise my morale. As a team we need the support of our fans: last year we had an important growth, with new people joining our audience.”

Although the scientific literature regarding Achilles injury recovery times for volleyball athletes is scarce, it says that for basketball, hockey, football, and baseball that it is a devastating injury that prevents athletes from returning to play in about 30% of cases, and that those who do usually perform at lower levels than before for the rest of their careers. In those sports in particular, partial recovery takes 1 year, but with full function taking as long as 2 years to develop.