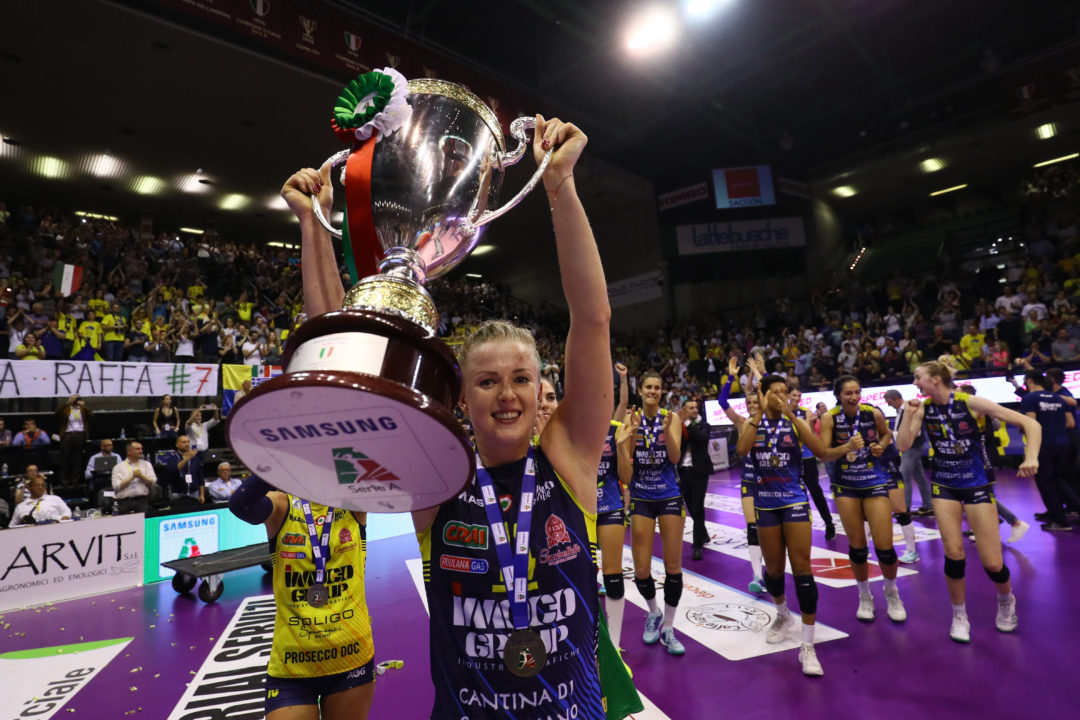 Despite a rocky start to the final stage of the Serie A Championship, Imoco Volley Conegliano was able to turn it around and win the title. Conegliano lost the first round 0-3 to Igor Gorgonzola, but then went on to win the next three 3-2, 3-0, and 3-1. In addition to losing the first match in the series, Conegliano also suffered an injury to one of their starting middles, Raphaela Folie, in the last round rendering her unavailable for the final match. Laura Melandri stepped up in her place scoring 8 points with 4 blocks and 4 kills. Joanna Wolosz, the Imoco Volley Conegliano captain, was named the Finals MVP. Novara’s offense which has been potent for the majority of the season, was held in check for most of this match. They were most effective out of the middle with Lauren Gibbemeyer and Cristina Chirichella scoring 9 kills and 7 kills respectively.