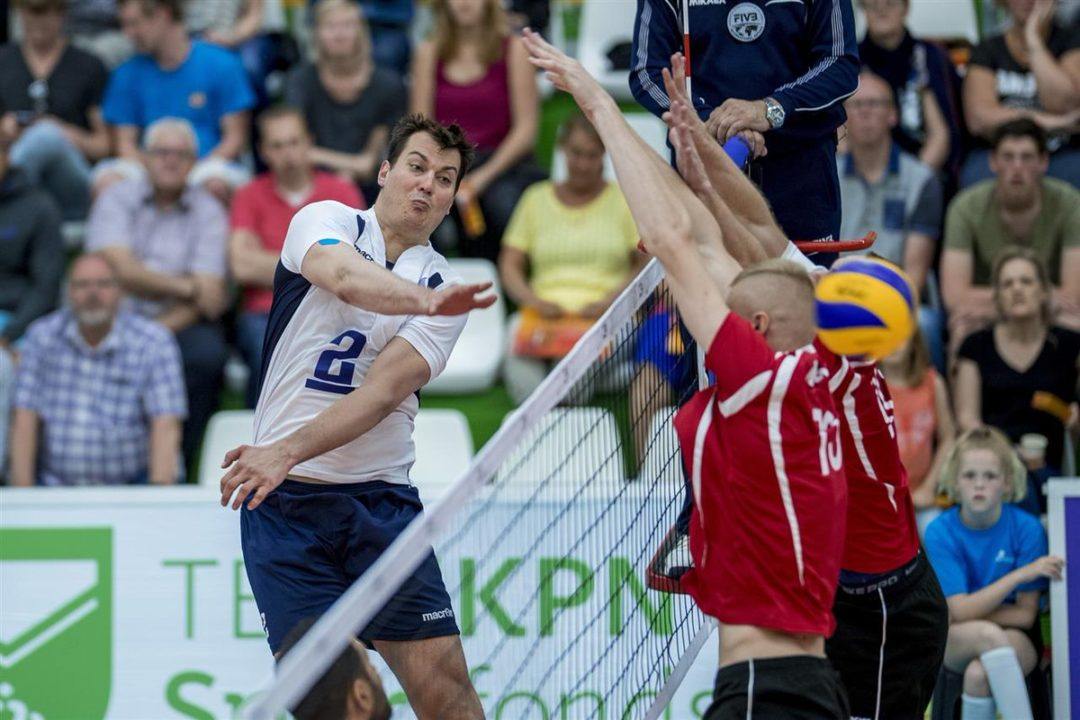 Greece’s Mitar Tzourits was the leading scorer of the tournament, racking up 104 points in four matches, an average of 6.12 per set.  Current Photo via CEV Volleyball

Six teams punched their tickets to Italy and Bulgaria for the finals of the 2018 FIVB World Championships next September by winning their respective pools in the second round of European Qualification.

Six more teams advanced to another round of play to determine the seventh qualifier from the event.

During the week of qualifying, there were several standout performances.

Greece’s Mitar Tzourits was the leading scorer of the tournament, racking up 104 points in four matches, an average of 6.12 per set. Germany’s Jochen Schops (5.25), France’s Stephen Boyer (5.08), Luxembourg’s Kamil Rychlicki (5.06) and Tine Urnaut (4.9) rounded out the top five in points per set.

Tzourits put down 99 kills, an average of 5.82 per set, to earn best spiker accolades.

Estonia’s Timo Tammemaa hit at an 87.5 clip making good on 21 of his 24 attempts. Romania’s Marian Iulian Bala hit at a 63.44 percent efficiency, despite taking 93 swings.

From the service line, Montenegro’s Milos Culafic racked up 18 aces, an average of 1.29 per set.