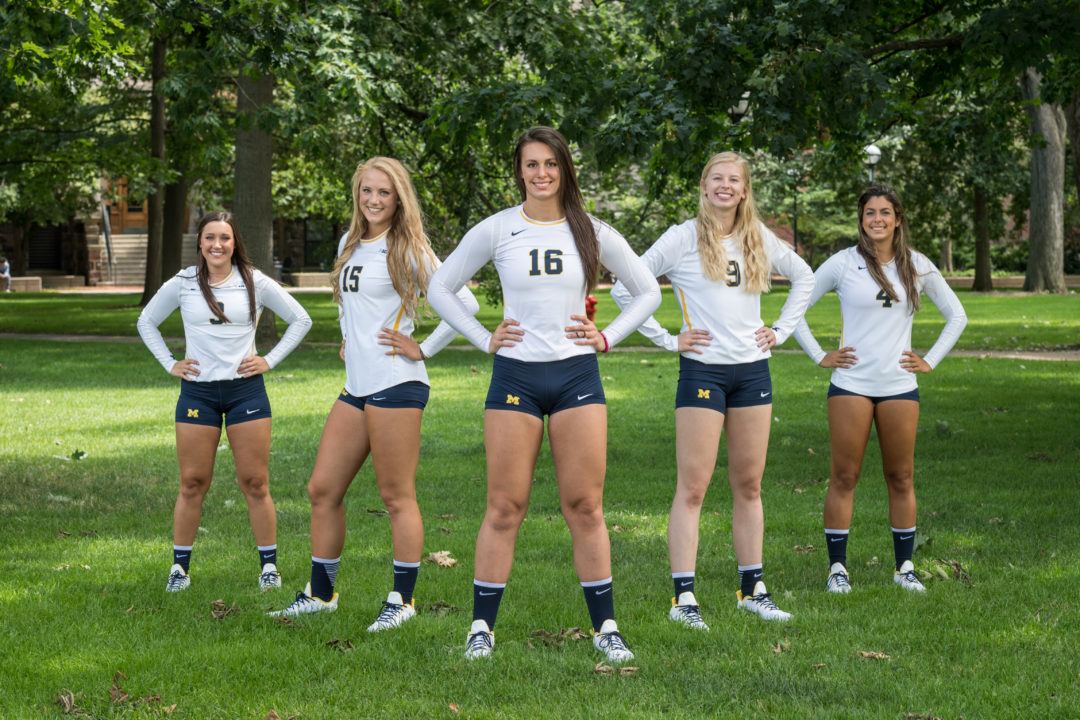 Michigan setter MacKenzi Welsh joins us to talk about her summer travels with USA Volleyball, preseason training, life in the dorms and more. The sophomore was an AVCA Honorable Mention All-America selection in 2016 and also garnered All-Big Ten Honorable Mention and All-Big Ten Freshman Team accolades. The four-time Big Ten Freshman of the Week posted 10.61 assists per set and served up 31 aces, while adding 13 double-doubles, combining assists and digs each time. Welsh also was captain of the USA team at the U20 World Championships over the summer.

The Wolverines roster of 16 players, is made up of predominantly underclassmen, including a redshirt sophomore, four sophomores, two redshirt freshmen and three freshmen.

Welsh gives her take on all things Michigan volleyball below.

Hey volleyball fans! It’s MacKenzi Welsh from the University of Michigan! Preseason has just begun and we are underway for a great 2017 season!! This summer I got to spend just over a month competing with the Women’s Junior National Team! In May, I went to Costa Rica for nine days and our team won a gold medal at the Pan American Cup. And then in July, a variation of the same team trained in Colorado for 10 days and then we traveled to Mexico for the U20 World Championships. We took 7th in the world; it was an experience unlike any other!

But now, I’m back in my happy place: Ann Arbor, Michigan, training with my favorite people. This season is going to be a great one; we are training harder than ever, competing at a higher level, and getting ready for the non-conference season and then, of course, the Big Ten season. Although preseason is extremely tiring, it’s a great time for us to bond and get to know the incoming freshman. We are staying in the dorms this week, which has been an interesting journey back to everyone’s freshman year, and our coach, Leisa Rosen, is staying with us, as well. She loves it! This year, we’re only in the dorms for about a week, whereas last season we stayed in a hotel for almost a month.

Next week, we have our Maize and Blue inter-squad scrimmage, which will signify the end of preseason. Then we head to Los Angeles, California to open up the season. I am beyond excited for this year, and I am a firm believer that this will be one of the best years Michigan volleyball had ever had. Stay tuned! 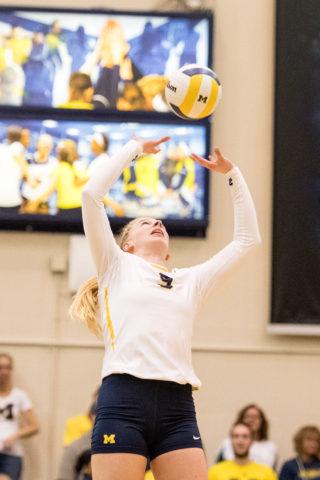