Michigan Brings on a Trio of Freshman in 2017 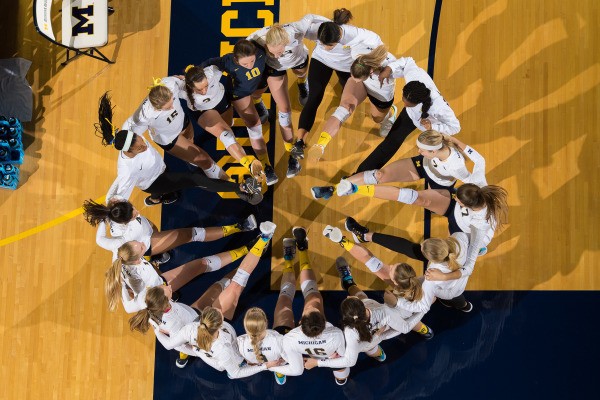 The Wolverines rode a 24-11 season (11-9 Big Ten) to a Sweet 16 appearance and a final ranking of 14 in the last AVCA Poll. As they look to continue their success, they’ll look for three incoming freshman to bolster the roster in 2017. Of the incoming trio, one is a middle blocker while the other two are defensive specialists.

The lone front line player of the group is Kiara Shannon, a 6’2″ middle blocker/outside hitter from Ontario, Canada. She was a four-year letter-winner at Maxwell Heights Secondary and led the team to a second-place finish in the Ontario Federation of School Athletic Associations as a sophomore.

Jacqueline DiSanto, a 5’5″ defensive specialist/libero from Portola Valley, California, and Natalie Smith, a 5’7″ defensive specialist/libero from Weatherford, Texas, make up the two defensive-minded players joining Michigan for the fall season. DiSanto was a four-year varsity letter-winner at Menlo-Atherton High School where she was the Pacific Athletic League All-MVP award as a senior. Smith meanwhile was named the 6-5A Defensive Player of the Year in her final season at the prep stage.

The incoming talent will help offset the loss of three seniors to graduation. At the forefront of the departures is Abby Cole, an AVCA Second-Team All-American in 2016. She occupied a middle blocker spot, which the team adds with Shannon.

The Wolverines return more than they lose though, as five of the top seven in kills return. They’ll have AVCA All-America Honorable Mention setter MacKenzi Welsh as the leader. Welsh was also recently just named the captain for Team USA at the U20 World Championship.