Irina Voronkova Will Be Coached By Her Dad At Lokomotive Kaliningrad 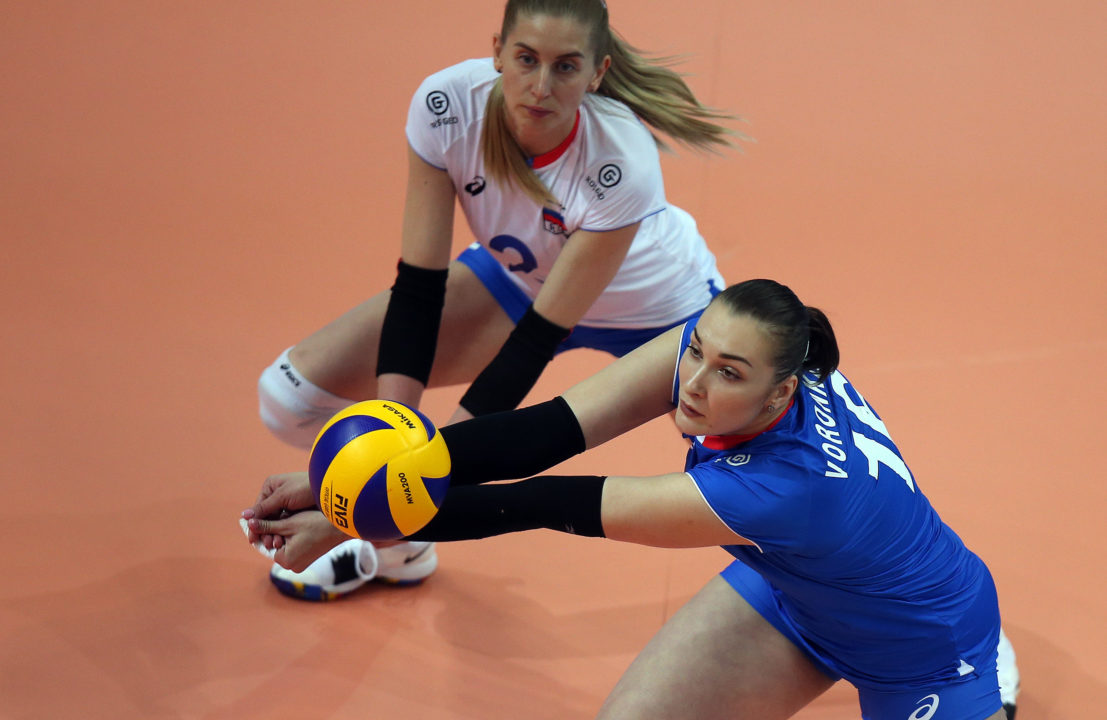 Russian national teamer Irina Voronkova has just been announced by Lokomotive Kaliningrad in its official website as its newest roster addition. Voronkova is currently Russia’s most effective player in this year’s VNL, leading the team in scoring (10th in the tournament), attack efficiency (5th – 44.6%), serving (3rd – 0.34 aces per set), and receiving. The 6’3″ 22 year-old outside hitter Voronkova is a two-time Russian Championship, a one-time FIVB Club WCH, and a one time CEV Champions League winner with Dinamo Kazan. As a national teamer, she was also in Russia’s roster for the 2016 Olympic Games.

In her new club, Irina will be coached by her dad, Andrei Voronkov. Here is how he reacted to the news he would be coaching his own daughter:

“We have never worked together. But I already understand that it will be difficult for Irina. However, her decision to move to Kaliningrad was a calculated step. And this is her decision. She acted strongly. Realizing that she will have to evolve as a player, she decided to come here. Irina knows that there will be no indulgences at this club. There are certain and serious requirements for players, and they must be performed by all without exception. In this situation, the parent-child feelings recede into the background.”

The Voronkovs are not the only father and daugther tandem in Russia’s Superleague: