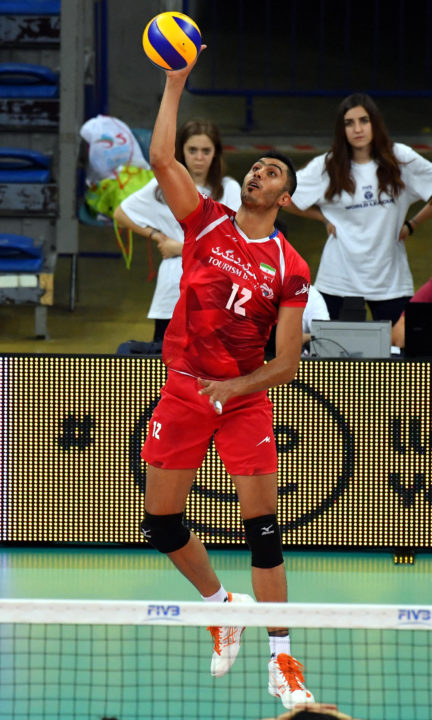 New Mater Castellana Grotte has just announced in its official website the signing of Iranian national teamer middle-blocker Mojtaba Mirzajanpour to its squad. Fresh off his fourth Iranian domestic title with Sarmayeh Theran, which recently lost its sponsor and folded, this will be Mirzajanpour’s first season out of his home-country. With the national team, he won a bronze medal at the 2017 FIVB Grand Champions Cup.

The 28 year old 6’8″ tall Mirzajanpour will be the third Iranian to ever play in Italy, the other two being Mohammad Manavinejad, who plays for Verona, and also recently acquired Saeid Marouf, who will play for Siena.

Here is how coach Paolo Tofoli reacted to the transfer:

“He is certainly a very good player in all the fundamentals, with an excellent experience on both high and fast balls. He is compact and solid on the block, very skilled. He is a warrior on the court, with a great desire to win. These are fundamental ingredients for the new Castellana Grotte team.”

Mirzajanpour is an important piece to New Mater’s new squad. However, himself alone won’t be enough for the team to improve on its 3-23 record last season, which netted it the last place in A1’s standings.