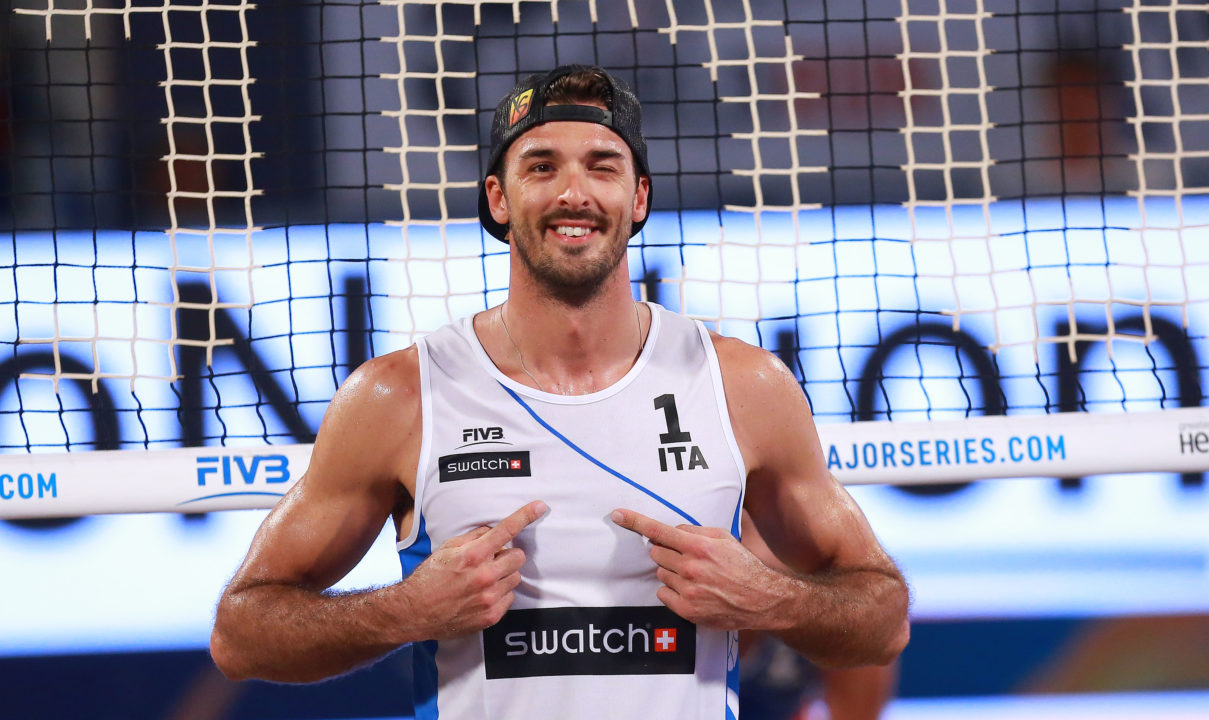 Nobody does love quite like the Italians, and if Alex Ranghieri’s play on the sand doesn’t make you fall in... Archive Photo via FIVB

Nobody does love quite like the Italians, and if Alex Ranghieri’s play on the sand doesn’t make you fall in love with him, this video just might.

The FIVB Beach Major Series interviewed Ranghieri about love, dating, and his perfect pickup line (for which he had the perfect romantic answer about ‘he doesn’t use lines, it has to feel natural) that made us fall in love a little bit all the same.

Ranghieri is preparing to play his first season with new partner Marco Carminati after he split with partner Adrian Carambula at the end of last season. The two will play their first international tournament from February 27th-March 4th in Ft. Lauderdale at the first major of the 2018 season. They’re entered as the #23 seeds in the tournament. They’re Italy’s 2nd-ranked team behind #5 Nicolai/Lupo – one of the few Italian pairings that survived from last season.

Watch below as Ranghieri talks about love, in English and Italian, and reveals who his secret celebrity crushes are.