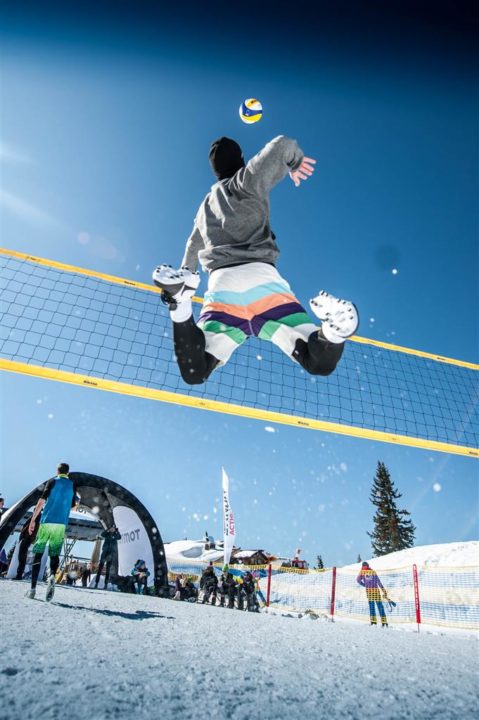 Snow Volleyball is on the rise, with a featured night for the up-and-coming sport at the PyeongChang Olympic Games.  Current Photo via FIVB

Snow Volleyball is on the rise, with a featured night for the up-and-coming sport at the PyeongChang Olympic Games. The event was played at the Austria House in PyeongChang, where a number of IOC members were in attendance.

There were a total of 7 legendary volleyball and beach volleyball players that took part in the exhibition match set to draw attention to the sport. With IOC members in attendance, it was a chance to show off the rise in the sport with the hopes of it becoming a fixture at the Olympics in the future.

Though it is a hope that snow volleyball will move into an Olympic sport, it is more realistically not a priority at the moment.

“It is not our first priority to add snow volleyball to the Olympic program,” said Austrian Olympic Committee President and IOC member Karl Stoss to Inside the Games. “It is more important to promote the sport for the young people so that next to skating, sliding, skiing, they have another opportunity to do something fun with their family and friends. It will certainly grow and if it grows, maybe one day it could feature on the Olympic program.” 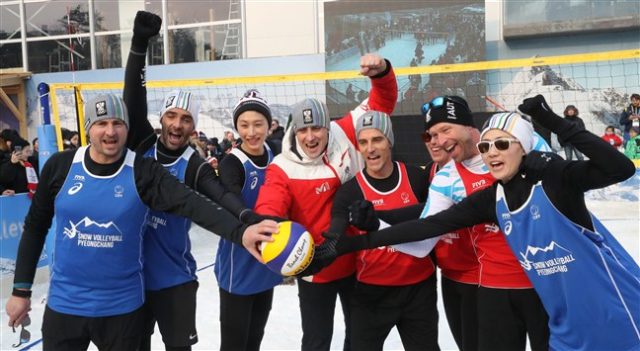 Participants of the Snow Volleyball Night at the PyeongChang Olympic Games. Photo courtesy of the CEV

“I am always ready to support any kind of innovative idea and action, which helps us grow our game and I feel honored to be a part of the Snow Volleyball Night at PyeongChang 2018,” said Grbic.

Below you can see some of the action from the Snow Volleyball Night (fast forward through the feed to about 6:20 when the event begins). The red team emerged victorious at the event, winning the tiebreak 15-13.

“Snow volleyball makes our sport accessible all year round and I am delighted that we could showcase this fast growing game here at the Winter Olympics and in a prestigious location such as Austria House,” said CEV President Aleksandar Boricic.

The FIVB and CEV have teamed up to raise awareness for snow volleyball, using events like the PyeongChang Olympics to raise awareness. This also promotes the third season of the Snow Volleyball European Tour along with the inaugural CEV Snow Volleyball Championships that will take place from March 23-25. There will be a total of 17 countries across Europe that have the opportunity to allow their players to qualify for the event.