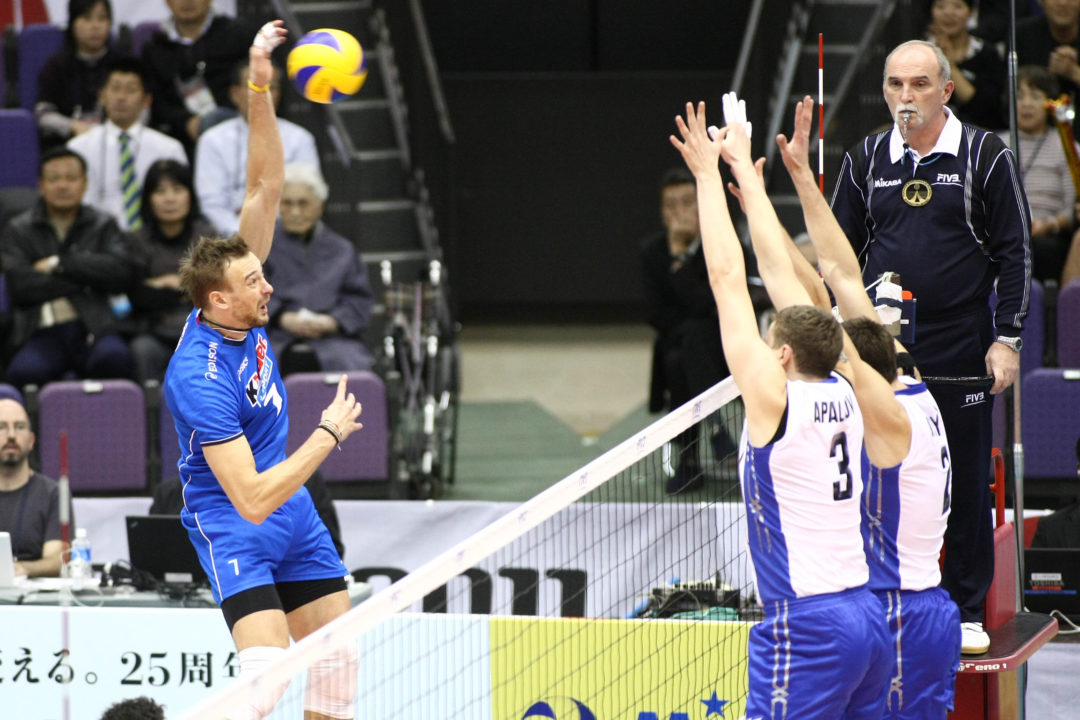 An efficient scoring machine at his prime, Lasko averaged close to 5 points per set at 47% hitting in his A1 career. Current Photo via FIVB

Italy’s A2 club Roma Volley has announced that it has signed Italian volleyball great Michal Lasko to a contract. The 37-year-old 6’7″ opposite hitter is transferring out of Russia’s Ural. With Italy’s national team, he won a gold medal at the 2005 EuroVolley and a bronze medal at the 2012 Olympic Games. An efficient scoring machine at his prime, he averaged close to 5 points per set at 47% hitting in his A1 career.

“I am coming back from volleyball after a period of inactivity, since I injured my shoulder. Roma Volley’s project fascinates me because it goes beyond the court. I would like in the future to work on something related to volleyball and beach volleyball. The sporting and socio-economic condition of this city is complicated in this historical moment, that’s why I’d like to do something that goes beyond the role of a player. Sport is a great way of life. The project in Rome has greatly stimulated me, I am very happy to undertake this new adventure and I must say that I was struck by the management’s speeches, which seemed to me pragmatic and down to earth.”

Roma Volley was promoted into Italy’s A2 league after its successful B1 campaign.