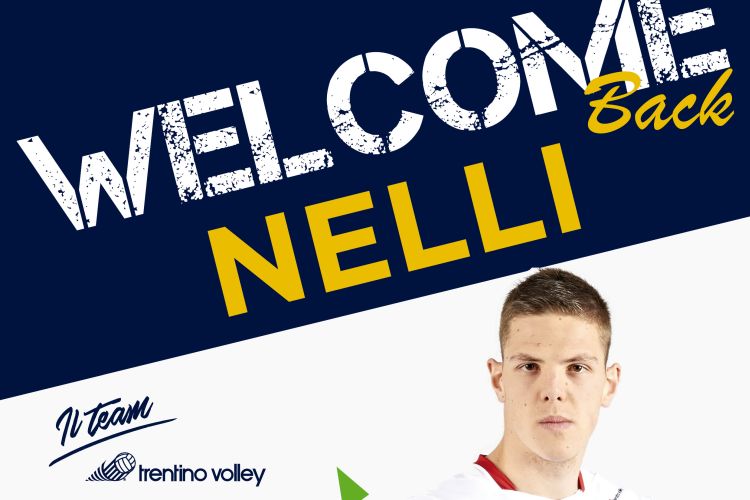 Having spent all his life in Trentino, first with the youth teams, then with the senior team, this will feel like a homecoming for Nelli Current Photo via http://www.legavolley.it

Italy’s Diatec Trentino has announced in its official website the return of Gabriele Nelli to the team after a one-year loan to Padua. The 24-year-old opposite, who started a few games for Italy’s NT in this year’s VNL, is also present in the team’s initial roster for the 2018 FIVB World Championship. Having spent all his life in Trentino, first with the youth teams, then with the senior team, this will feel like a homecoming for Nelli. Although, it is safe to say his only year away from Trento was a success. With plenty of court time, he was able to shine in a starting role, scoring at a 3.8/set clip on 45% efficiency.

Here is how coach Angelo Lorenzetti reacted to the news:

“I’m happy to have a player like Gabriele Nelli with us again. In his experience during the last championship in Padua he developed his qualities further, perhaps not with absolute continuity, but I am convinced that the experience gained in Veneto will become an advantage for us. He returns to find a different situation from that of two years ago and therefore I am convinced that he has great motivations and at the same time he can be a protagonist.”

Diatec Trentino‘s super-team project for the 2017-18 season back-pedaled, but much like Modena, the team’s roster actually looks much better now, and 2018 may just be the year its plans for greatness take-off.