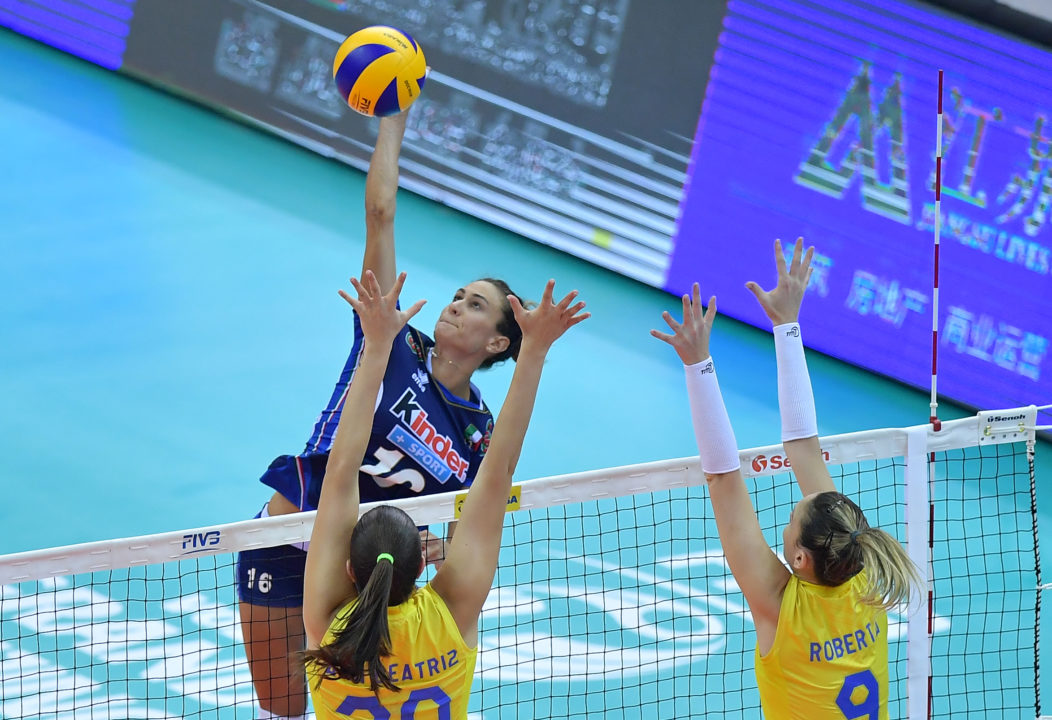 A 'slight sprain' to her left ankle kept Lucia Bosetti (above, blue jersey) out of the team's blowout win against the hosts Georgia. Archive Photo via FIVB

The Italian women’s national volleyball team has suffered another blow on the eve of the 2017 European Women’s Volleyball Championship. Starting outside hitter Lucia Bosetti sprained her left ankle in the team’s final training on Thursday and missed the team’s opening game of the tournament on Friday.

Fortunately for Italian fans, she has not been fully ruled out of the tournament, and her absence on Friday should not be read into. That match was played against Georgia in Tbilsi, and in spite of being one of the co-hosts of the tournament and thereby a top seed, the Georgians were not expected to be much of a threat tot he Italians.

Valentina Tirozzi joined Caterina Bosetti in the starting lineup and recorded 6 kills and 2 errors on 9 swings, landing 67% of her shots, along with hitting 2 aces. That 67%, usually a massive output, was actually slightly below the team’s dominant 69% offense.

Italy is next scheduled to play on Saturday evening against Belarus and then Sunday against Croatia. The world-#19 Croatians should be the biggest test of the Italians in pool play, where the team at the top of the table automatically advances to the quarterfinals of the knockout stage in Baku next weekend.