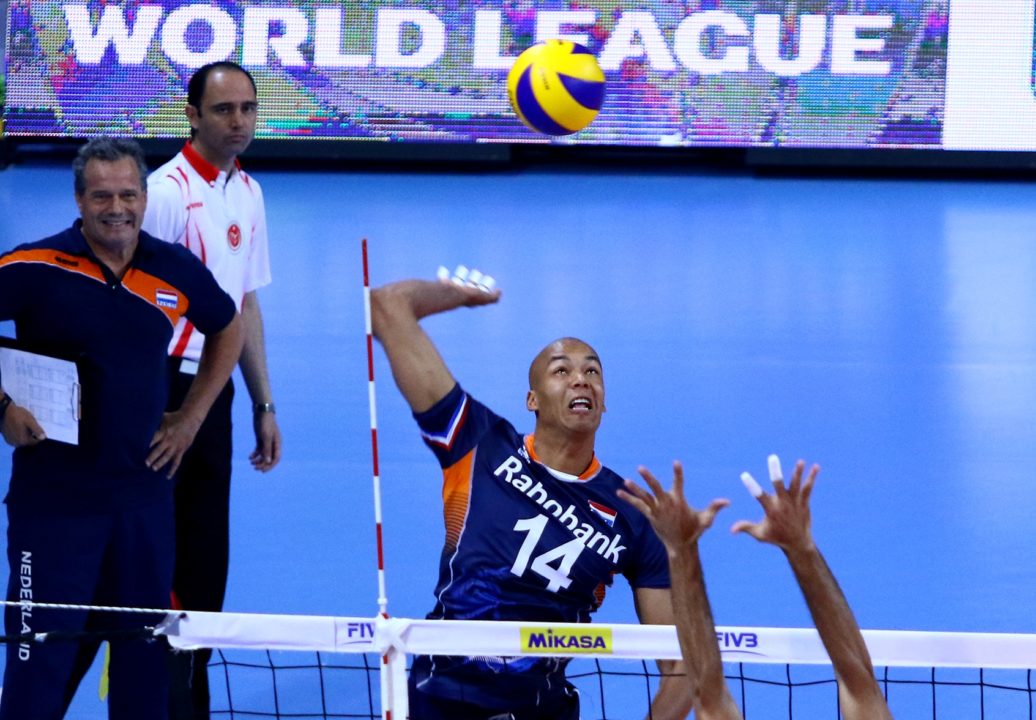 Powervolley Revivre Milano has announced in its official website that Dutch national Nimir Abdel-Aziz has gone down with an injury to his abdominal muscles following the team’s game against Ravenna:

“Nimir Abdel-Aziz carried out an MRI scan this afternoon that showed an injury to his abdominal muscles The player has already started the therapies necessary for optimal recovery for this misfortune at Mila’s Azimut rehabilitation center.” – Dr. Claudio Benenti, Revivre Milano’s head of medical staff.

If Abdel-Aziz is indeed scheduled to be out of commission for Milano, the news will be a big blow to the team, as the player is currently having a superb offensive season, leading A1 SuperLeague in total points, with 413 in 18 matches (22.9 points/game), and points per set at a 6.07 clip, way ahead of the league’s second highest scorer, Sora’s Dusan Petkovic, who sports a 5.32 points/set average.

Milano is currently in 7th place of Superleague’s standings with a 9-9 record. Earlier into its season, starters Riccardo Sbertoli and Fabio Faluni had already gone down with injuries.

Dutch opposite Nimir Abdel-Aziz is in his first season with Milan and shares the team’s spotlight with Team USA’s middle blocker Taylor Averill. Formerly a setter, he has recently enjoyed success at the opposite hitter position. Although only 25 years old, the 6’7″ hitter is a true volleyball nomad, having played in Russia, Holland, Poland, Italy, Turkey, and France

In 2012, he was named the Best Server of the European League, where he took gold with the Dutch National Team at just 20 years old.