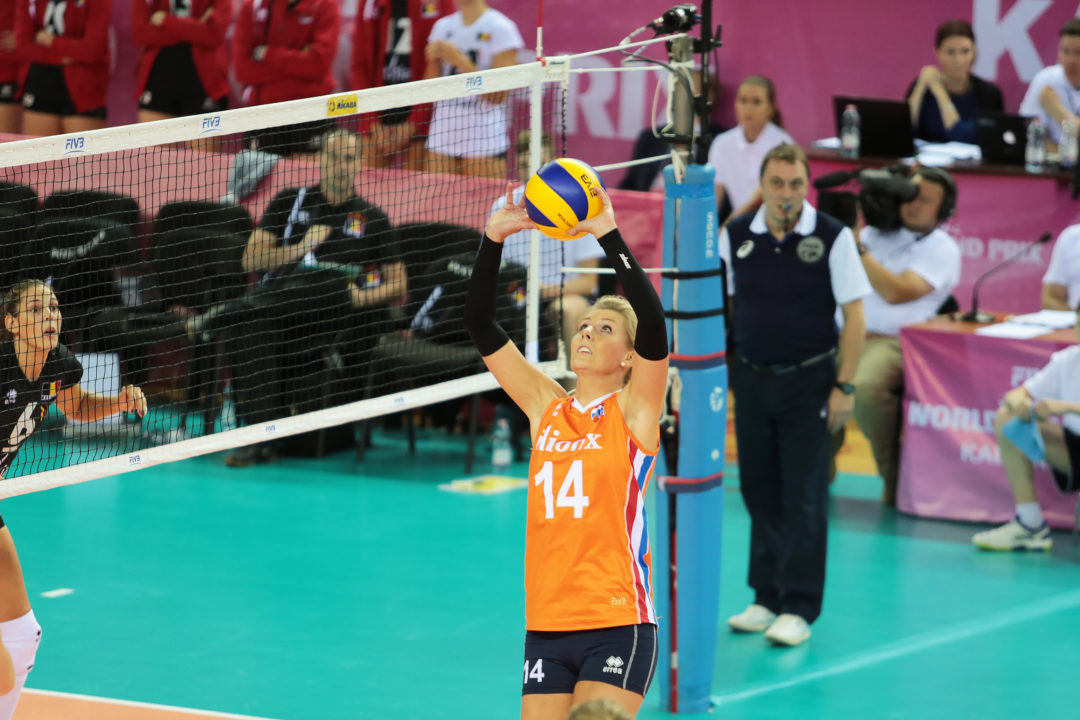 After losing Team USA’s Hannah Tapp to injury,  and adding coach Giovani Caprara and recently graduated Texas star and VolleyMob 2nd Team All-American Chiaka Ogbogu to contracts, Firenze Il Bisonte has once again shaken the transfer market by scoring on a blockbuster signing: CEV 2017 EuroVolley’s best setter Laura Dijkema. According to the team’s official website, the 27-year-old Dutch national teamer signed, who won the scudetto last year with Novara, but was withouth a club since, signed through 2019.

Dijkema began playing volleyball at seven years old in her hometown of Beilen. Nine years later she was already in the highest league in Netherlands playing at DOK as a teenager. After bouncing around a few clubs, she got her first National Team experience and has been with the squad ever since while she has bounced around Germany’s Holland’s, and Italy’s domestic leagues. With the national team, she has participated in two World Cups and an Olympic Game, and won silver medals at the CEV 2017 and 2015 European Championships and bronze at the 2016 FIVB World Grand Prix

Here is what she had to say of her new home:

“I can not wait to start playing for Il Bisonte Firenze and I’m really happy that this opportunity has happened to me. I love Italy, I like to compete in this championship and it has always been a goal for me to work with a great coach like Caprara. After the European Championships I was in good shape working out in the national sport center of Papendal with the team of young Dutch promises, so I’m fine and I’m in shape: I can not wait to join the new partners and I hope I can help the team to to reach the pre-established objectives, also bringing my energy and my contribution “.

This season, Firenze is fighting against relegation. It is currently in 9th place of A1’s standings with a 4-11 record.

Back on court with my new team Il Bisonte Firenze! Time for some new challenges! ✨ #italia #legavolleyfemminile #tatanka

Back on court with my new team Il Bisonte Firenze! Time for some new challenges! ✨ #italia… https://t.co/nIr9UBnUei