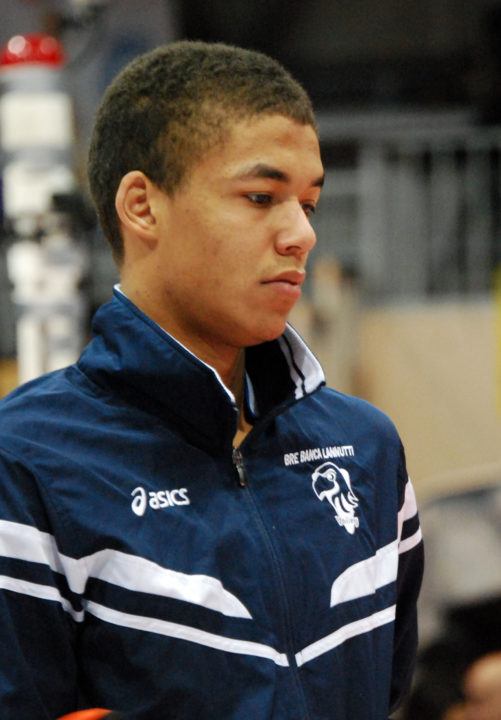 Dutch opposite Nimir Abdel-Aziz has signed an agreement to join Revivre Milano for the 2017 season, making him the second big addition... Archive Photo via MaryG90

Dutch opposite Nimir Abdel-Aziz has signed an agreement to join Revivre Milano for the 2017 season, making him the second big addition since the club cleaned house in its administration after a last-place season in the Italian SuperLega. He will join the team’s new middle blocker, American Taylor Avrill, on the front-line for Revivre next season.

Abdel-Aziz joins the Italian side from Stade Poitevin Poitiers in the French league, where he’s played since 2015.

This is Abdel Aziz’s second stint in the Italian league. In the 2011-2012 season, he wore the colors of Sisley Belluno, and in 2012-2013 he played with Bre Banca Lannutti Cuneo. In his first stint, however, he was primarily a setter, and has since switched his focus mainly to hitting at the opposite at 6’7″ tall.

After his first stop in Italy, he played a season in Turkey with Ziraat Bankasi Ankara, and then a season in Poland with ZAKSA Kedzierzyn-Kosle before finding stability for 2 seasons in France – the first time in his pro career that he’s spent 2 straight seasons with the same club.

With the 24-year old Abdel-Aziz and 25-year old Avrill, the Italian side has added big offensive firepower, in addition to youth, to its lineup for new head coach Andrea Giani.

Last year, he led Poitiers to 8th place in the French Ligue A regular season. His team fell 2-0 in the league quarterfinals to Chamount VB 52, though they put up a fight thanks to 21 points in a return from injury for Abdel-Aziz in a return from an ankle injury that cost him the last 7 games of the regular season. In total, he ranked 10th in the French league in scoring with 355 points, in spite of playing just 15 of his team’s 22 games.