Brankica Mihajlovic Out for Week 4 of #VNL with Injury 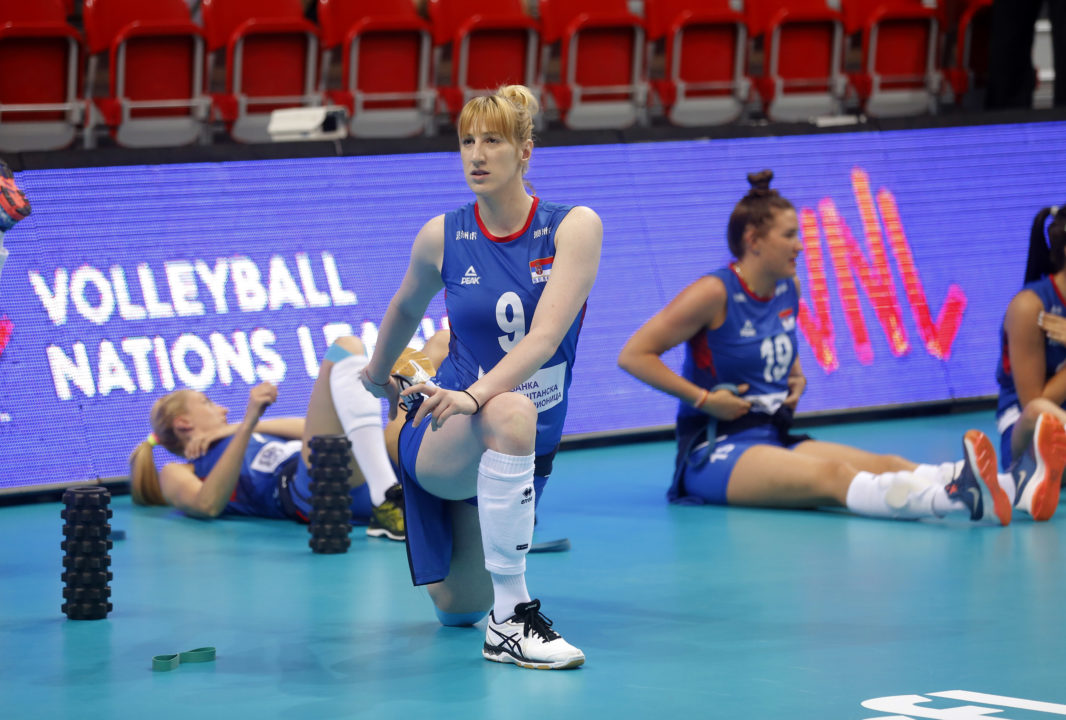 Mihajlovic underwent testing in Serbia on Saturday before joining the team on Monday in Rotterdam, but won't play in week 4. Current Photo via FIVB

Serbian star 27-year old outside hitter Brankica Mihajlovic will miss week 4 of the 2018 FIVB Women’s Volleyball Nations League with a knee injury, her federation announced on Monday. Mihajlovic ranks tied-for-7th in the tournament in scoring to date with 130 points through 9 matches.

Mihajlovic played all of week 3 except for part of set 2 and all of set 3 in a 3-0 sweep of Russia to close the pool. She was replaced by Bojana Milenkovic, who scored 7 points in just over a set of action. Serbia didn’t replace Mihaljovic on their week 4 roster, and so traveled to Rotterdam with just 13 players on Saturday.

Her availability has see-sawed back and forth. First she remained in Belgrade to have further evaluation on her knee, and then Serbian media reported on Sunday that she would travel to join the team in Rotterdam on Monday, implying that she was expected to play

The final word, as of 4:00PM, from both the Serbian and Italian federations, however, is that Mihajlovic is out for the week – but the mere possibility that she would play indicates that Serbia can hope for her return later in the tournament.

Serbia, spearheaded by their two star spikers Mihajlovic and Boskovic, sit 3rd n the table after 3 weeks of play. Their 8-1 record matches that of Brazil and the United States ahead of them, but a pair of 3-2 wins knocks them down on the first tie-breaker.

This week, in Pool 13 in the Netherlands, Serbia will face defending Grand Prix champions Italy, the Dominican Republic, and the hosts of the Netherlands. 4 points in those 3 matches will guarantee their spot in the Final 6.