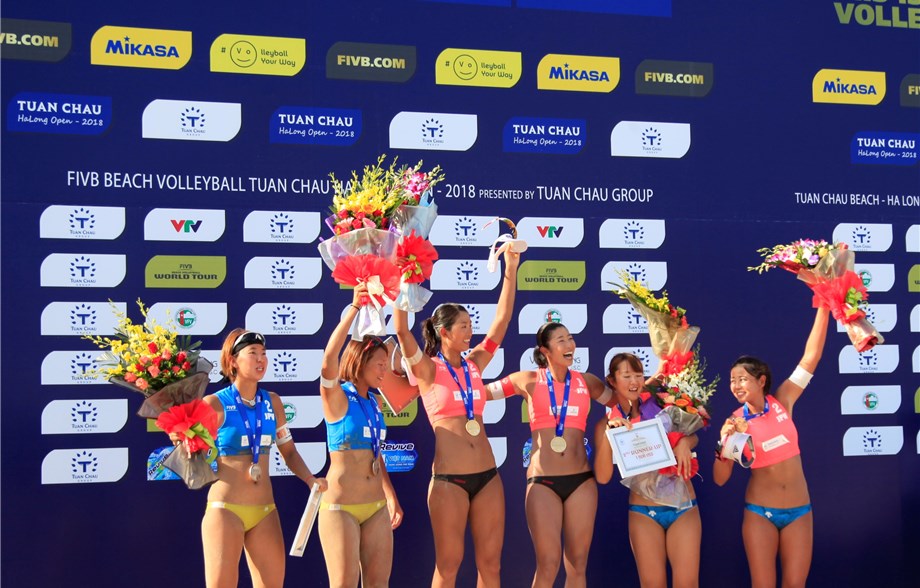 No. 5 seed Sofia Starikov/Noy Chorin of Israel were left off on the outside, finishing fourth after falling to both Nagata/Kumada and Suzuki/Sakaguchi.

The medals were not decided easily, however. Mizoe/Hashimoto played through tiebreaks on Saturday to earn the title, including a comeback effort in the semifinals and one extra-point affair in the final, while Nagata/Kumada edged past Starikov/Chorin in three sets for the bronze.

The gold medal marked the first for Mizoe/Hashimoto and second straight FIVB podium finish, following a silver medal at the Phnom Penh Two Star last weekend in the Philippines.

The silver gave Nagata/Kumada their first ever FIVB medal of any color and marked their best finish since a fifth-place effort in Phnom Penh.

Suzuki/Sakaguchi earned bronze in just their sixth tournament together, besting a pair of fifth-place finishes earlier this year (Satun One Star in April, Shepparton One Star in February).