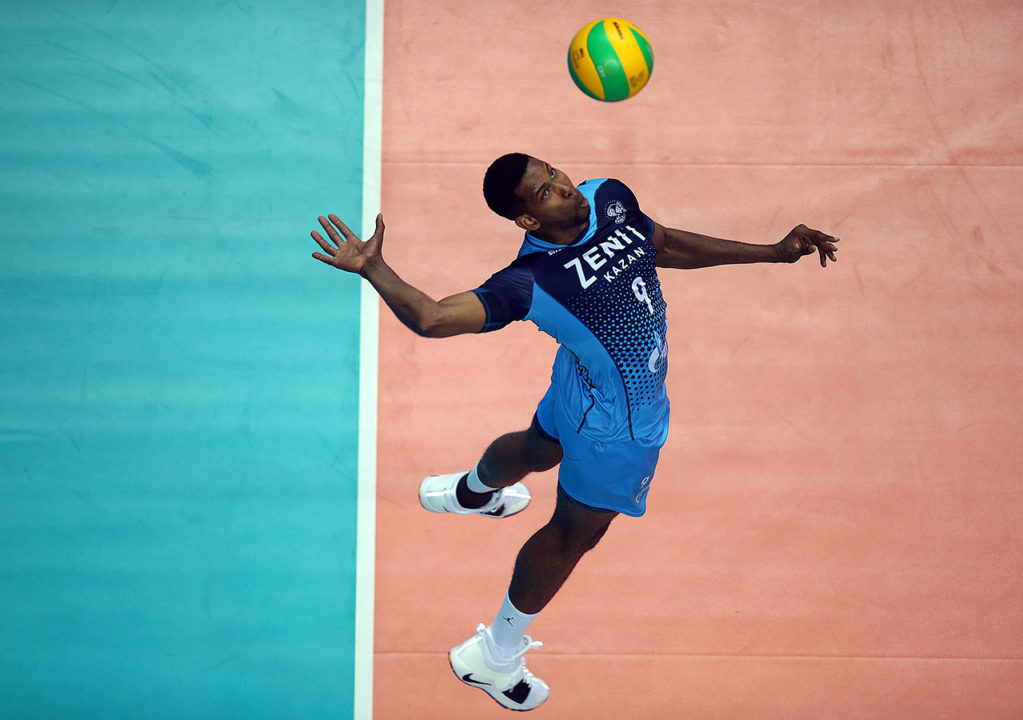 Sunday will be Wilfredo Leon's final match in the jersey of Zenit Kazan, but he's shown no signs that he'll let his team down. Current Photo via CEV

Three-time defending champions Zenit Kazan will play for their 4th-straight title, and 6th title overall, on Sunday in front of a home crowd of 7,000 at the BasketHall. They took advantage of a disjointed Perugia team that had to fight through public fighting between one of the club’s stars, Ivan Zaytsev, and management over his position and the team’s value of their starting outside hitter.

While Perugia struggled with a departing star, Kazan, whose rhetoric on their departing star Wilfredo Leon has been much warmer, is riding leon until the very end. He landed 13 kills on 21 swings (62% hitting), and scored 19 total points thanks to a match-high 6 aces. Kazan had 10 aces as a team, as compared to just 3 for Perugia (none came from Zaytsev, who has one of the fastest serves in the world).

“Leon is a man from another planet, from another world,” his American teammate Matt Anderson said after the match. “In the finals, he always plays an incredible game, and he proved it today. I’m glad I’m playing with him. When he is playing the game, the life is easy for the rest of Zenit’s volleyball players.”

Both teams opened with a slow start offensively, hitting just 38% in the first set. While both teams improved, Perugia’s improvements came by inches and Kazan’s came by leaps-and-bounds, hitting 74% in the 2nd set and 62% in the 3rd.

Perugia’s struggles as a team can’t be traced directly to a lack of effort by Zaytsev: he had team highs of 46% positive and 29% excellent reception; and hit at a 64% clip. He did have 4 service errors in 10 serves, but otherwise was a positive influence on the team (+1 net points).

Aleksandar Atanasijevic, Perugia’s opposite who has been extended for next year (thus blocking Zaytsev from that spot), led Perugia with 12 points – with 9 kills, 2 blocks, and an ace. Marko Podrascanin had a match high 5 blocks.