Jeff Menzel is Heading to Saudi Arabia Next Season 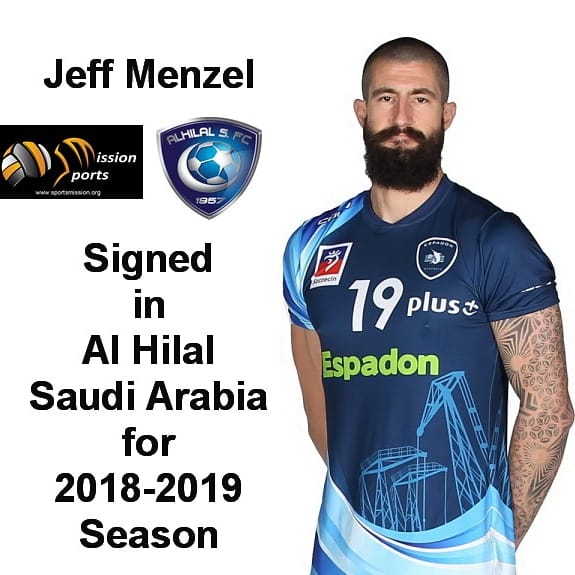 After spending a season in the Polish PlusLiga, Jeff Menzel will be going to Saudi Arabia to play for Al Hilal. Menzel, the outside hitter with a big shoulder and even bigger vertical leap, played last year for Espadon Szczecin. He played 64 sets in the Polish PlusLiga and scored 154 points. His scoring came from 138 kills, 4 blocks, and 12 service aces. He had a success rate of 43% in attack, and hit .231 on the year.

Szczecin, now called KPS Stocznia Szcecin after getting a new sponsor has made some pretty significant changes to their roster after the 2018 season in which they finished 12 place. On May 21, they announced they were releasing six players, including Menzel. This was Menzel’s first stint in Poland after playing seasons in Spain, Italy, Belgium, Qatar, Tunisia, and the United Arab Emirates.

During his professional career, Menzel won the Tunisian Cup in 2016 with the club Étoile du Sahel. He also helped Almeria win the Spanish Super Coppa in which he was also the match MVP. Menzel has also represented the United States National Team. He won a silver medal at the Pan American Cup in 2011 and a gold medal at the 2013 NORCECA Championships.