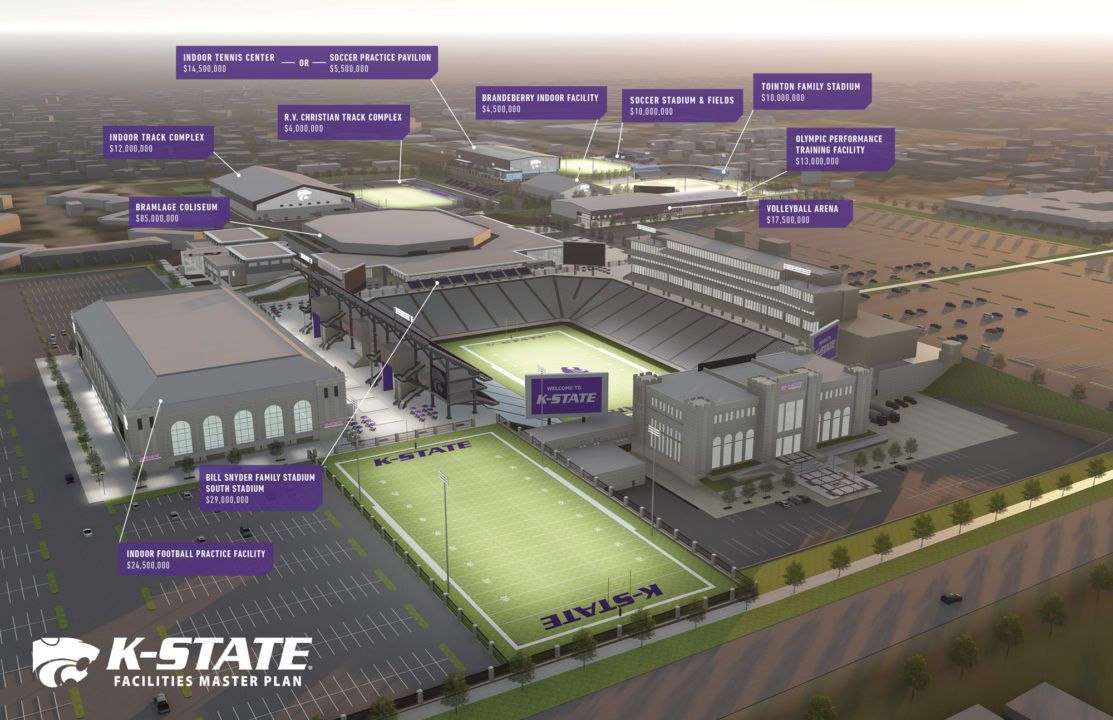 On Friday, the Kansas State University athletics department unveiled a new $210 million Facilities Master Plan to upgrade its athletics facilities. The plan, in addition to $20 million of upgrades currently being implemented for improvements to baseball, soccer, and track facilities, will impact every student athlete on campus.

The team currently plays in the Ahearn Field House, which had a former life as a 14,000-seat basketball arena but now enjoys a second life as a 5,000-seat volleyball arena. Like many Power 5 schools across the country where volleyball programs play in either current or former basketball arenas that are too big for the crowds they draw, the idea is that a smaller, volleyball-specific arena will create a better, more-intimate atmosphere better-suited to the game and actually increase attendance.

While Kansas State drew only 842 fans for their first home came of the season, a 3-0 win over Missouri State on September 4th, they are regularly one of the biggest draws in the Big 12. Last season, the team averaged 1,682 fans per match, which ranked 31st nationally and 4th in the Big 12. A year prior, when the team was 22-10, including 16-4 at home, and advanced to the 2nd round of the NCAA tournament, they pulled in 2,121 fans-per-match, which ranked 9th nationally and only behind Texas in the Big 12.

The Wildcats are 7-1 so far this season, and are drawing an average of 906 fans-per-match, including 1,155 for their win over Oregon State on Friday evening. The Wildcats haven’t lost at home this season, with Saturday’s matchup against Omaha being their last non-conference home match before starting Big 12 play by welcoming in the defending conference champions Texas.