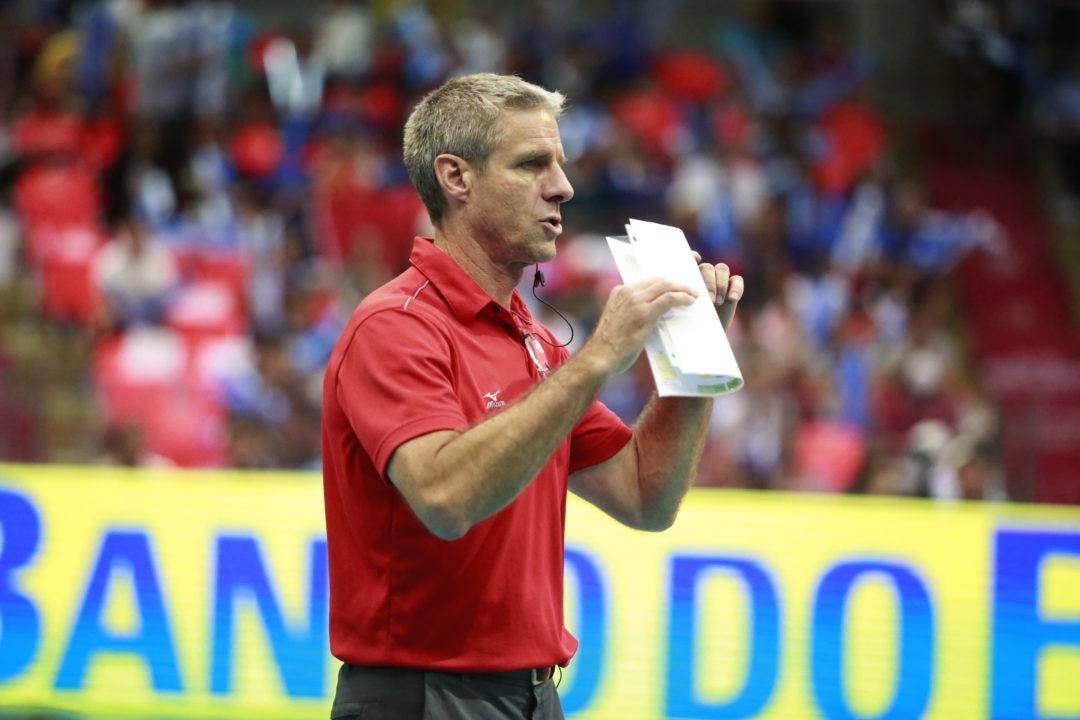 The event marked the start of Team USA's 2018 season, in which it will attempt to defend its FIVB Volleyball World Championship title Current Photo via FIVB

Coach Karch Kiraly recently spearheaded Team USA’s open tryouts, which received 228 athletes. The event marked the start of the team’s 2018 season, in which it will attempt to defend its FIVB Volleyball World Championship title. The results inspired Kiraly:

“I think we saw lots of potential. The big thing is potential now, and how can each of these individuals maximize their development and accelerate their learning. There are clearly people here at this tryout who have serious USA potential. It doesn’t mean it is guarantee though. They have to keep working at it and finding things they can improve.

We are incredibly blessed in this country to have so many players. We have a real advantage in how popular women’s volleyball is as a sport – the most popular sport and overtaking all the other team sports. Over half a million girls play in high school and hundreds of thousands in youth clubs and many, many thousands on scholarships in university. That is a real advantage over other countries, and they are jealous of that. It is always inspiring, it is a lot of work and it is a lot of fun working with these people who put so much passion and energy into these three days.”

These tryouts are common in American volleyball, allowing players from all over the country to showcase  their talents and compete for a spot on the U.S. Women’s National Team or the U.S. Collegiate National Team program. Stars who first got their chance on team USA include standouts such as Foluke Akinradewo, Jordan Larson, Kelly Murphy, Rachael Adams, Kim Hill, and Carli Lloyd.