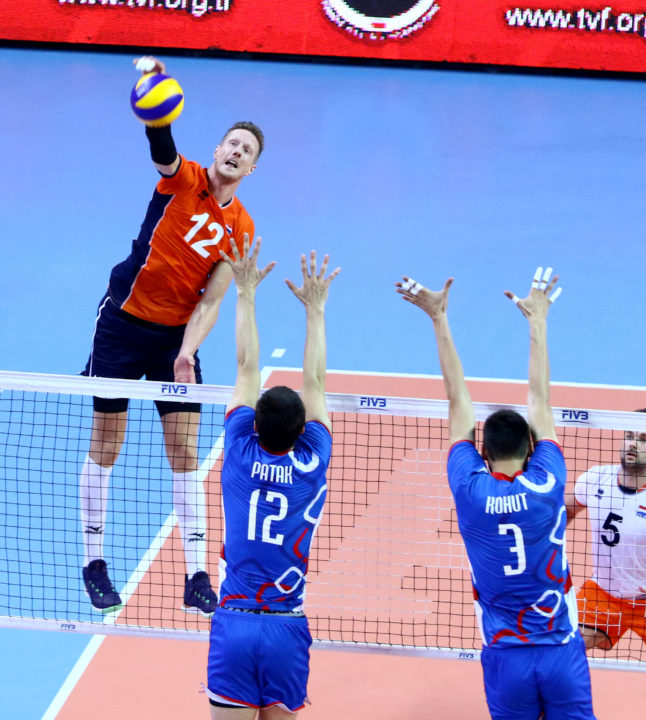 The 33 year old 7’1″ outside hitter has enjoyed success in most of the clubs he played for, having won a Belgium Championship in 2008 and a Slovenian Championship in 2011, as well as in the Dutch national team, having participated in an Olympic games in 2004 and having won a silver medal in the 2008 European League. However, Kay van Dijk is most known for his stints with Italian clubs Molfetta and Trentino from 2012 to 2014.

On moving to Iran, he will join one of Asia’s most successful volleyball clubs, as Paykan has won a record 12 domestic titles, as well as a record seven Asian Club Championships. He will be teaming with Saeid Marouf, widely regarded as one of the top setters in the world. Serbian standout Nikola Kovacevic and Belgian star Simon Van De Voorde have also recently signed contracts with the club.

Last match of the season vs a stronger #fenerbache #0-3 I can truely say " I gave it my all" this season , but there was much nmore to give! We had a lot of ups and downs but im proud on my #team @ziraatvolley and also proud that I was a part of this all! #turkish league was great and lets see what the next season will bring. Now #beastmodeon @beastsensor with the @lange_mannen #dutchnationalteam #coktessekuler #turkey see you soon! #bambambam