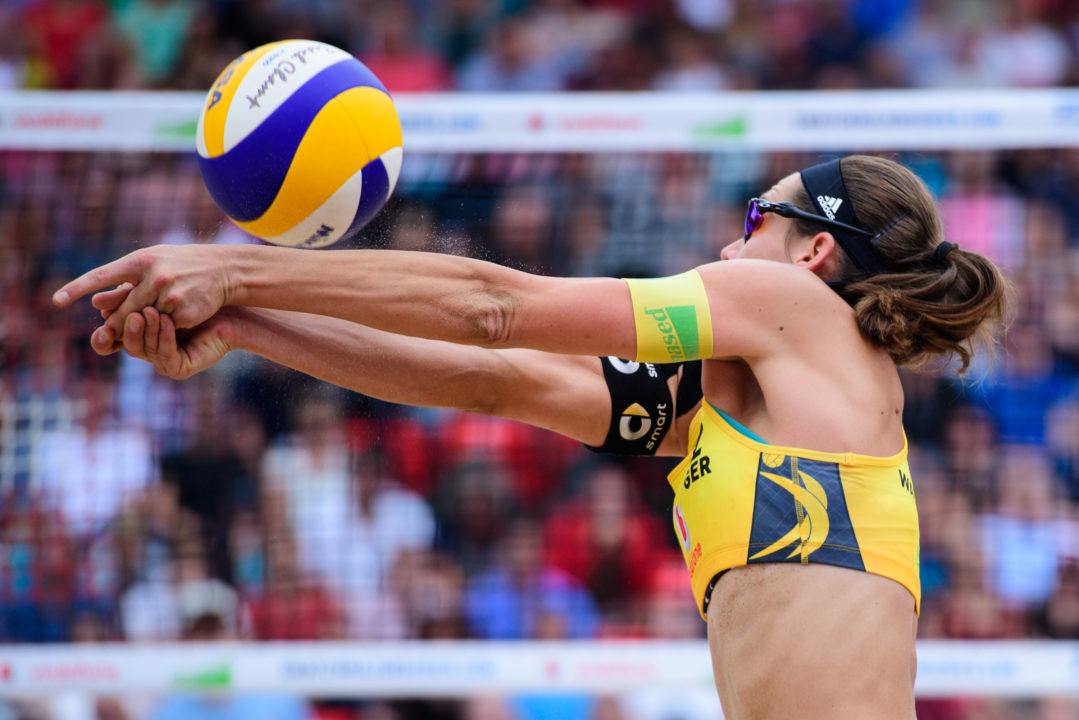 Defending Olympic Champion Kira Walkenhorst is still on the hunt for her 2018 partner. Archive Photo via FIVB

The world’s undisputed top female beach pair of the last few years has begun its journey back to contention. While Germany’s Laura Ludwig will be out until 2019, after the birth of her first child expected in June, her partner Kira Walkenhorst has begun her journey back from two surgeris

In a Facebook post on Tuesday, Walkenhorst wrote that after weeks of physically therapy, both on land and in the pool, and a week of intensive rehab, she was allowed back on the sand this week. She is recovering both from a minor hip surgery at the end of 2017, and a shoulder surgery earlier this year. This is the second-straight year in which she has undergone shoulder surgery.

This time, however, the 27-year old Ludwig has the luxury of taking her time for a full recovery while her partner is out. In February, she said in an interview that she was prepared to skip the whole year if that’s what she needed.

“If I’m fit I’ll play later in the season, but if it’s not right I’m not risking anything,” the 27-year-old said. “If I decide to miss a year then that’s what I’ll do. I can always train hard this year and approach 2019 fresh.”

Her latest post, however, indicates that she does plan on playing in 2018 – though her focus will be on the domestic league – the German Volleyball Federation has announced a nine-city beach tour for 2018.

Ludwig has said that she has been talking to some potential partners, but has not yet decided on who she will play with. Walkenhorst played with Julia Grossner in 2017 at the Fort Lauderdale Major while Ludwig was out for injury last time around.