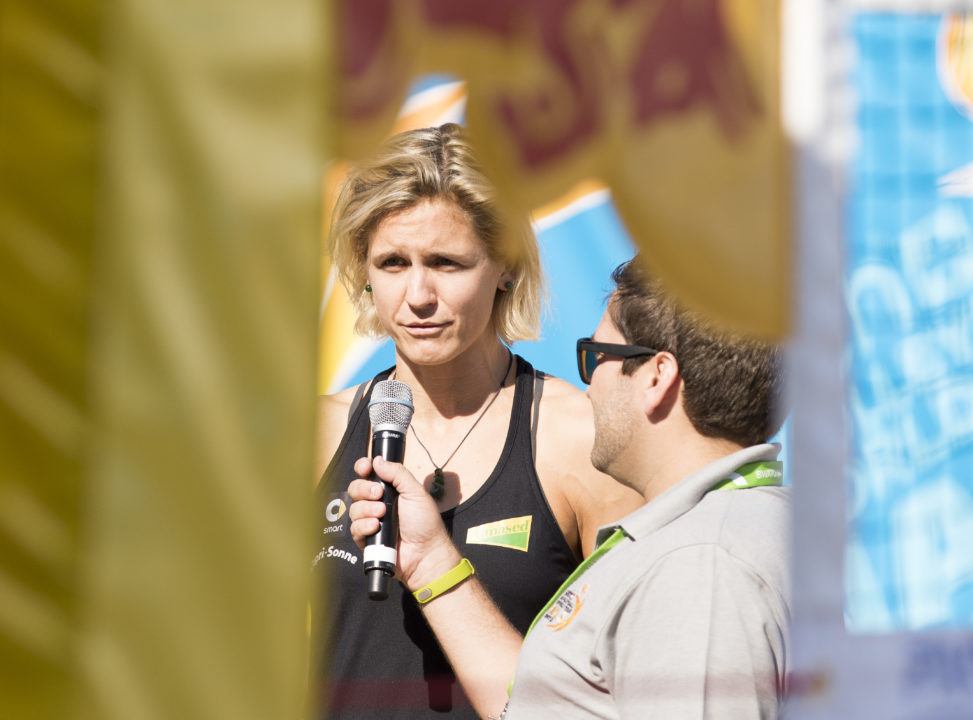 Olympic gold medalist Laura Ludwig has resumed on-court training with beach partner Kira Walkenhorst in Germany, according to a post on the pair’s Facebook page on Tuesday.

Ludwig underwent surgery late last year after a repair to the supraspinatus tendon in her shoulder.

In a post rehashing her weekend playing with substitute Julia Grossner, Walkenhorst posted (translated from German):

“Gone with the wind….Too bad – actually Jule (Grossner) and I are in a good spot. But in our last game against the Dutch, we played in a wind that did not really help.

It was still great to be back on the sand. Many thanks also to Jule that you stepped in and it was a great joy.

Now I am looking forward to going home and especially to the first joint ball training with Laura (Ludwig).”

Walkenhorst and Grossner won their first two games of the tournament before eventually falling in the round of 32 to Dutch pair Sophie van Gestel/Madelein Meppelink 2-0.

A week earlier, Laura posted photos of her doing rehab work in a pool saying that she was progressing rapidly. The two have set a goal of qualifying for this summer’s World Championships in Vienna, Austria.

The next stop in the Swatch Major Series isn’t until June 27th in Porec, Croatia. Qualifying for the World Championships is done by a 4-step process to select 48 men’s and women’s teams. Read more about the selection criteria here.