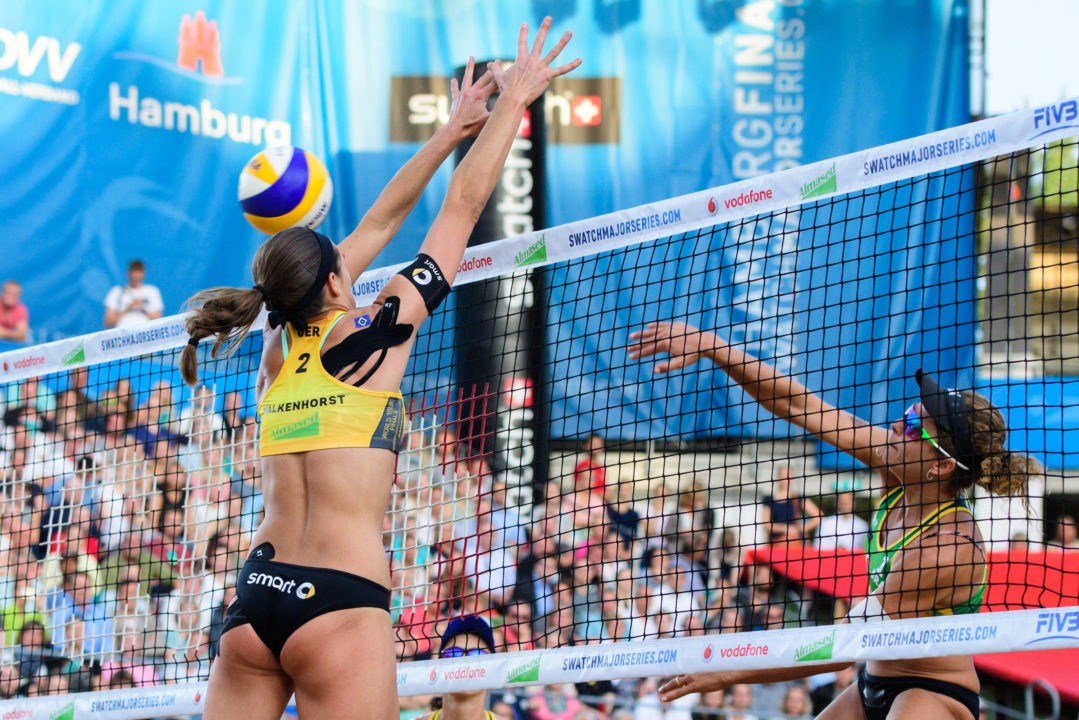 Olympic gold medalist Kira Walkenhorst has a new partner and a new role for the 2018 beach volleyball season. Current

European, Olympic, and World Champion beach volleyballer Kira Walkenhorst has announced Leonie Kortzinger as her new partner for the 2018 beach volleyball season. The cooperation is only expected to be temporary, while Walkenhorst’s primary partner Laura Ludwig sits out the 2018 season while expecting the birth of her first child in June.

“The season can begin, I have a new partner,” Walkenhorst announced on Facebook. “As soon as I get fit, I will play with Leonie Kortzinger. Our goal is to be ready to play (at the German Tour stop in Munster) – let’s see how fast I can rehab my shoulder and hip.”

Posted by Beachvolleyball-Olympiasieger Laura Ludwig & Kira Walkenhorst on Monday, May 7, 2018

Walkenhorst also announced a change of position in the short term. She, as the shorter of the two players, will move to defense while Kortzinger will play blocker. That’s the opposite role for Walkenhorst as she’s used to when playing with Ludwig.

The two are planning to play “most” of the stops on the tour, beginning with the stop from June 8th-10th in Munster.

The timing is fortuitous for Walkenhorst, finding a partner of Kortzinger’s talent who was available on short notice. Kortzinger previously played with a number of partners, including most frequently Sandra Seyfferth. She also has played with Lena Ottens, with the two finishing 25th at the 2017 U21 World Championships in Nanjing, China.

Kortzinger played her biggest senior-tour tournament yet this weekend in Mersin, Turkey, a 3-star on the 1-to-5 system for FIVB beach volleyball tournaments. She played with another young German, 24-year old Anika Krebs, at that tournament and the two finished 41st.

Her best finish on the international tour is 4th with Seyfferth at last year’s Shepparton one-star, good for $450. Two weeks later, at a 2-star in Sydney, they placed 9th, good for $850.

With Walkenhorst committing to just the German domestic schedule, and only 9 events on the German Tour this year Kortzinger could still play in international events with another partner.

Walkenhorst herself is working her way back from shoulder and hip surgery, and just returned to sand training in late April. The switch of positions could add increase wear-and-tear to her joints as they heal at the more active defender position.

Walkenhorst and Ludwig were the European beach champions in both 2015 and 2016, the World Champions in 2017, and the Olympic champion sin 2016. They’ve also won the last two World Tour Finals events, and the 2016 World Tour season-long points championship.