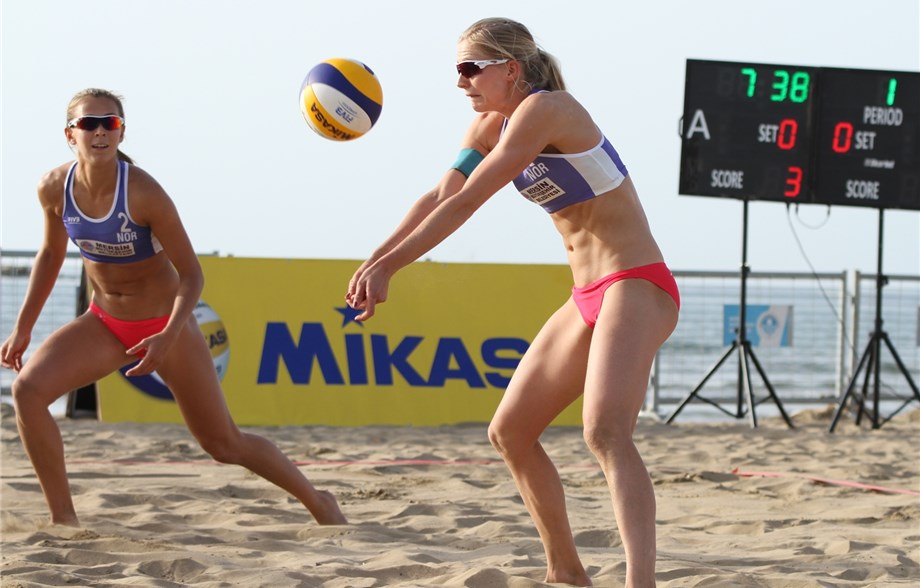 While American pairs take center stage, vying to defend home turf at the Huntington Beach Open four-star event in Surf City, California, three other FIVB events also are under way across the world in Turkey, the Philippines and Cambodia.  Current Photo via FIVB

While American pairs take center stage, vying to defend home turf at the Huntington Beach Open four-star event in Surf City, California, three other FIVB events also are under way across the world in Turkey, the Philippines and Cambodia.

Malden’s Castle Beach in Mersin, Turkey, is the site of the Mersin Three-Star, which began with qualifiers on Wednesday, May 2. Pool play is slated for Thursday. The schedule and results from the event, which includes 60 men’s teams and 45 women’s pairs, are available here.

Five Turkish pairs and five Russians dot the lineup on the men’s side, which also includes Americans Michael Boag/Skylar Del Sol. Four teams each from Russia and Switzerland and three duos from Brazil, Germany, Italy, the Netherlands and Turkey highlight the women’s field. One American pair, Jace Pardon/Brittany Tiegs, is competing in Turkey.

Sands at SM by the Bay in Pasay City, Philippines will welcome 50 teams for the event, 16 women’s and 34 men’s for the event, which is slated for May 3-6. Austria sent four men’s squads to the island, while four teams hail from the host country. Four Filipino duos also are among the women’s field, which including Americans Lindsey Fuller/Kaley Melville.

Diamond Island in Phnom Penh, Cambodia, will play host to the Anchor International Beach Volleyball Carnival two-star beginning on Friday, May 4. The women’s only event features 29 teams, including four from Sweden and three each from Japan and Germany.

what are the actual dates for the Philippines event?????

I will ne in Manila soon..so posting actual dates is crucial