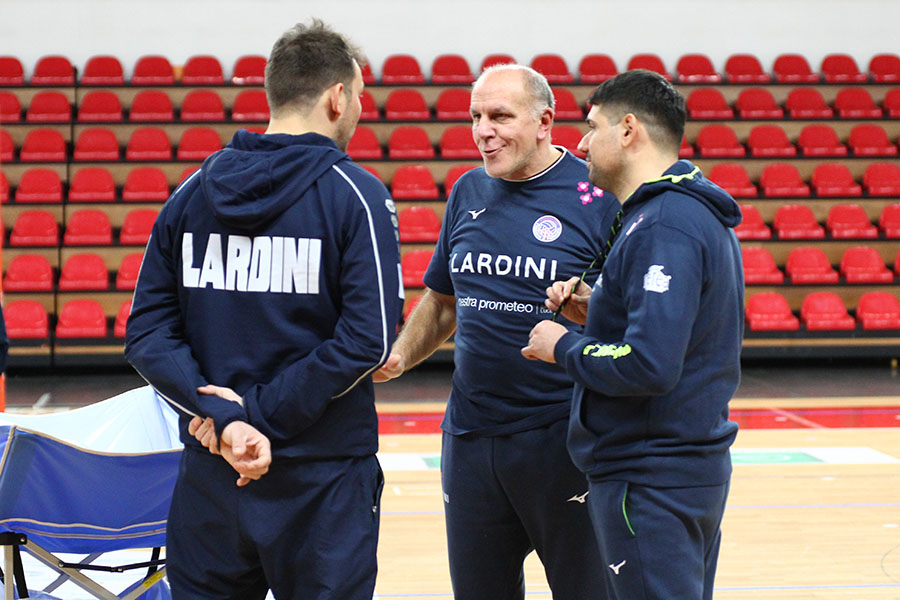 Giuseppe Nica will be taking over for Alessandro Beltrami at Lardini Filottrano.  Current Photo via Lega Pallavolo Serie A

After a disappointing first half of the season, Lardini Filottrano has released its head coach, Alessandro Beltrami. In the 11 weeks of the season thus far, Filottrano is ranked in last place, having only won 1 match. According to Lega Pallavolo Serie A, the tenth consecutive loss was the breaking point for the team. “Lardini Filottrano thanks Alessandro Beltrami for the hard work in recent months and the professionalism shown, wishing him the best fortunes.” (Translated from Italian)

Beltrami’s successor is Giuseppe Nica. Nica has coached the U18 and youth Filottrano teams and has experience with their system. He has extensive coaching experience and plans on using that to help revitalize the Lardini Filottrano team. When asked about the challenge before him he said, “I think a good job has been done to date, now it’s about turning the road, trying to get the best out of the second round. Seeing the players in the game and several times in training I got an idea of ​​their value and their possibilities. I’m at their disposal, work certainly does not scare me“. (Translated from Italian) Also joining Giuseppe Nica is Andrea Quintini who also has experience with Lardini Filottrano, helping to lead them last season. Nica and Quintini will begin working with the team immediately, jumping into training sessions at PalaBaldinelli.