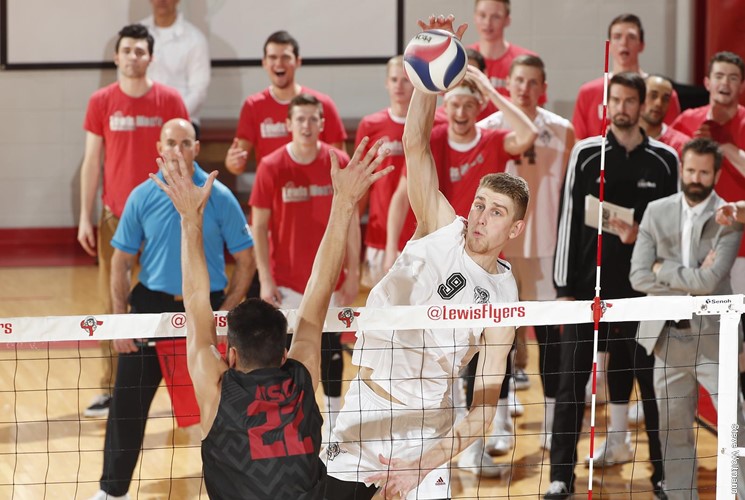 The Midwestern Intercollegiate Volleyball Association has announced the weekly award winners for the period of January 29-February 4.  Current Photo via Lewis Athletics

Coenen helped the Flyers to a sweep of USC last week. The match included a 42-40 victory in the first set. He hit .621 in the match with 20 kills on 29 swings and only two errors. Coenen notched 10 of his kills and all three of his aces in the marathon first set.

Keegan earned a pair of double-digit dig matches last week. He averaged 2.63 digs and 0.88 blocks in a week which featured a 3-1 win over Saint Francis and a four-set loss to No. 9 Penn State. Against Saint Francis, the junior setter notched 10 digs and three block assists. The next day he had 11 digs and four blocks at Penn State.