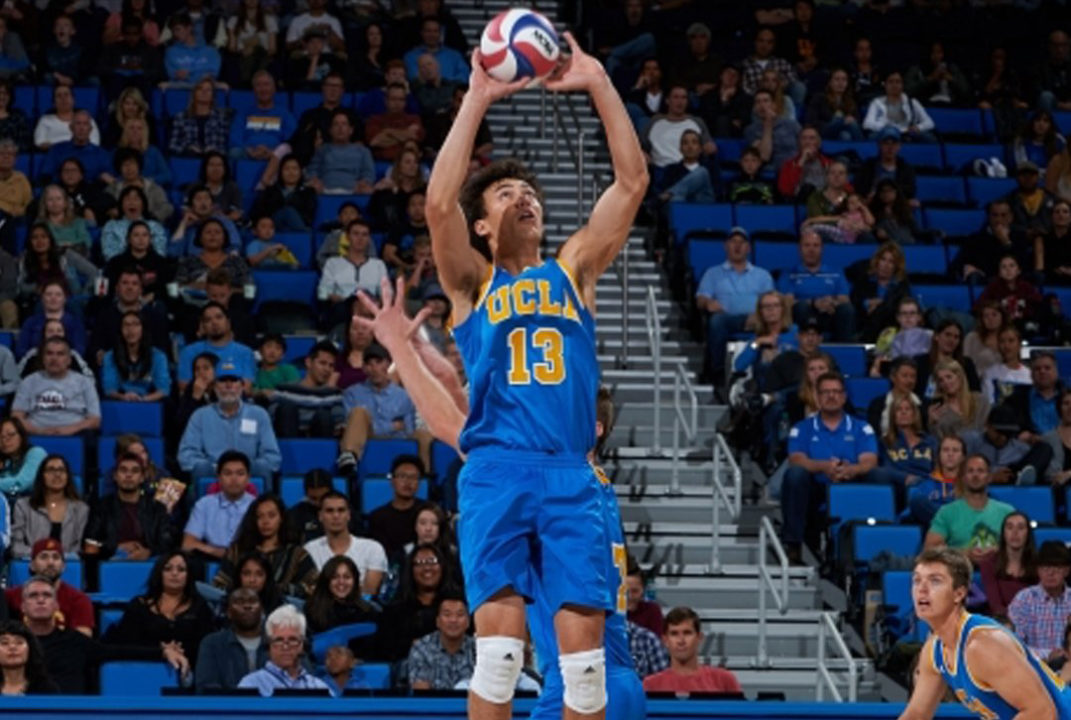 A strong effort as his team's court director planted UCLA's Micah Ma'a firmly as our VolleyMob Player of the Week. The junior setter averaged 12.1 assists and 1.3 digs per set, while guiding his team to a .441 hitting percentage in wins over Princeton and UC Irvine.  Current Photo via UCLA Athletics

A strong effort as his team’s court director planted UCLA’s Micah Ma’a firmly as our VolleyMob Player of the Week. The junior setter averaged 12.1 assists and 1.3 digs per set, while guiding his team to a .441 hitting percentage in wins over Princeton (3-0) and UC Irvine (3-1). The Kaneohe, Hawai’i native dished out 29 assists and served up a season-high six aces to go with two kills and two aces as the team hit .414 in a sweep of Princeton. He then notched a season-high 56 assists, seven digs, three kills and two blocks as the team hit at a season-best .455 clip in a four-setter against UC Irvine.

TJ DeFalco, Long Beach State – Jr., OH
Averaged 4.00 kills, 4.00 digs, 1.66 assists and 1.33 aces per set against Concordia; notched 10th double-double of the season with 12 kills and a season-high 12 digs in a sweep of Concordia, while hitting .500 (12-2-20) and serving up a season-best four aces; dished out five assists and made good on all nine serve reception chances; Big West Defensive Player of the Week