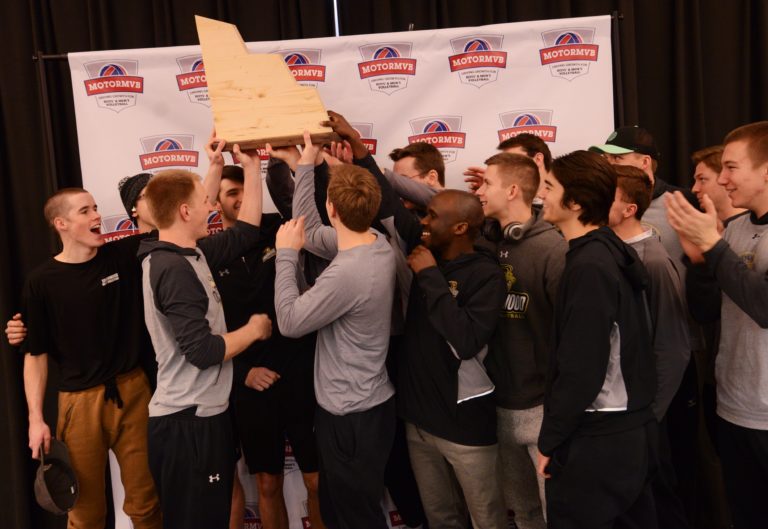 As the Grow the Game Challenge  in Nashville, Tennessee, drew to a close on Sunday, two teams came out undefeated... Current Photo via Grow the Game

As the Grow the Game Challenge  in Nashville, Tennessee, drew to a close on Sunday, two teams came out undefeated as Lindenwood and Hawai’i went 3-0. In the end, Lindenwood was awarded the championship trophy on set winning percentage.

No. 7 Hawai’i closed out its tournament with sweep of No. 14 Grand Canyon and Lincoln Memorial. Lindenwood wrapped up its effort with a sweep of vote-getter Barton.

Hawai’i used a balanced and efficient offense to make its way past Grand Canyon, hitting at a .409 clip, including a .517 effort in the final stanza, while four players notched seven or more kills. Junior outside hitter Stijn van Tilburg downed a match-high 14 kills at a .407 clip, while sophomore opposite Rado Parapunov followed with 10 kills, a team-best five blocks and five digs.

The Rainbow Warriors kept their offense rolling against Lincoln Memorial, hitting .423, while also outserving LMU 7-0 in aces and outblocking their foe 12-4. Brandon Rattray carried the offensive load in the match with 14 kills and a .400 hitting effort, followed by Colton Cowell’s 11 kill outing.

For its part, Lindenwood served up nine aces and bested Barton 10-5 on the block en route to a sweep. Sophomore opposite Charley Hlavin and senior outside Nathan Van Dellen paced Lindenwood with 12 and 10 kills respectively. Hlavin hit at a .409 clip, while Van Dellen hit .286 and added five blocks and two aces.