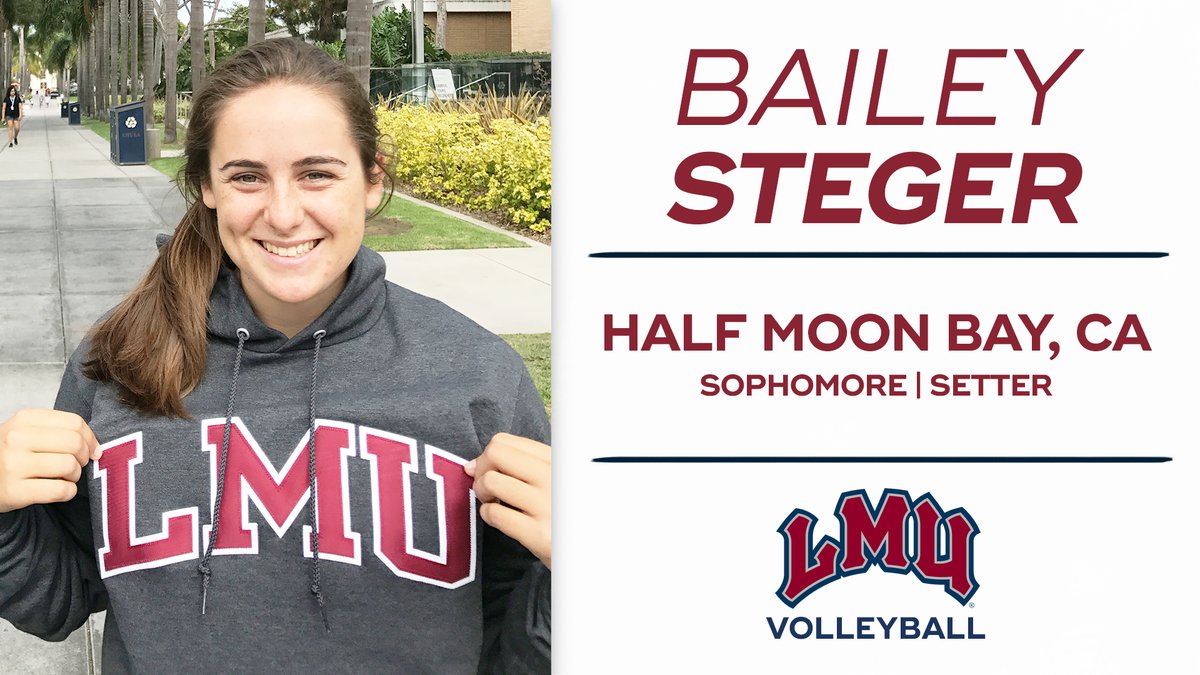 Loyola Marymount is bringing on a transfer from Holy Cross in Bailey Steger. A 5’7″ setter, Steger will be a sophomore for the 2018 season with three years left of play.

A native of Half Moon Bay, California, Steger rounded out her career at Half Moon Bay High School with team MVP and CCS NorCal Honorable Mention after setting the school single-season record for assists and aces. She was also a three-time All-League pick and played with RedRock Volleyball, Beach Vibes Volleyball and City Beach Volleyball on the club side of things.

“Bailey was a last-minute addition to our roster and everything seemed to fall in place for both her and our program as we went through the recruiting process,” Loyola Marymount head coach Aaron Mansfield said in the team’s release of the addition. “She was very specific with what experience she was looking for after transferring from Holy Cross, and we are happy that LMU fit her vision. Bailey understands the quality of education that LMU provides and will positively contribute to the things that we value here as a volleyball program.”

It’s the second transfer addition for the Lions this offseason, as Steger will join former Florida State outside hitter Bozena Culo as a newcomer from another school. The move also gives Loyola Marymount a third setter for 2018, as Steger joins a pair of juniors in Tess Reid (16 starts in 2017) and Jessie Prichard (13 starts in 2017).

The 2018 season for Loyola Marymount begins on August 17 with an exhibition against San Diego State followed by their true regular season openers against Rhode Island and Hofstra. They are coming off of a 17-13 season in 2017 in which they went 9-9 as a member of the West Coast Conference (WCC).