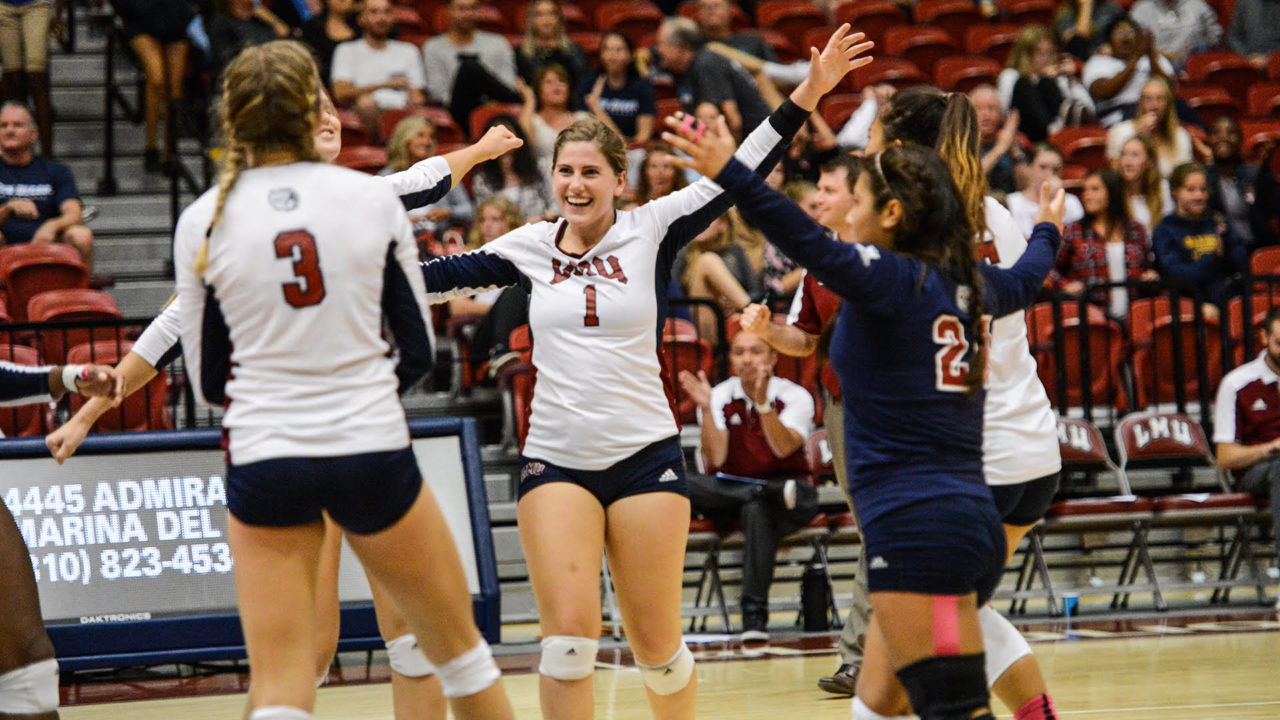 Junior setter Tess Reid has been named West Coast Conference Volleyball Player of the Week after guiding LMU to a 3-0 record and a Tournament Championship at the Kansas Invitational. Current Photo via Loyola Marymount Athletics

Junior setter Tess Reid has been named West Coast Conference Volleyball Player of the Week after guiding LMU to a 3-0 record and a Tournament Championship at the Kansas Invitational that included wins over Auburn, American and Kansas. Playing less than an hour from her hometown in Lenexa, Kan., Reid finished the three matches having dished out 135 assists at a rate of 13.50 per set. She also added eight kills, four aces, 26 digs (2.60 per set) and one block assist.

With Reid at setter, LMU hit .315 as a team over the three matches. Reid opened the weekend by posting 42 assists, four kills and an ace in a sweep over Auburn before managing a double-double of 42 assists and 14 digs in a sweep over American on Friday afternoon. She closed tournament play on Saturday at Kansas by dishing out 51 assists to accompany four kills and three aces.

The WCC Player of the Week selection is the first of Reid’s career, and the first for the Lions this year.

LMU will conclude a string of 10 straight matches on the road to start the season, traveling to Long Beach, Calif. for a neutral match against Southern Utah at 5 p.m. PT on Friday, September 14 … the Lions will then host Lamar on Saturday, September 15 at 12 p.m. PT in the home opener from Gersten Pavilion.