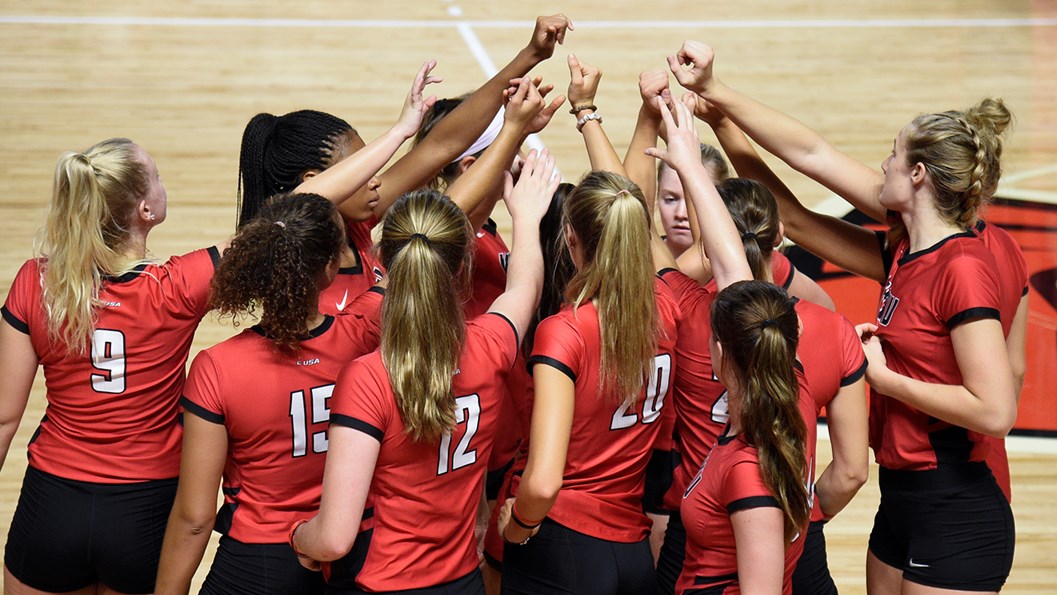 Rachel Anderson, WKU, Sr., Sturgis, Mich.
WKU returned to its winning ways and served up a trio of sweeps while hosting the Holiday Inn-University Plaza Invitational. The Lady Toppers defended their 27-match winning streak at E.A. Diddle Arena, marking the longest in the nation, with Anderson steering WKU’s offense. The middle hitter registered three-straight double-digit kill performances, including a weekend-high 14 against Notre Dame. She also contributed seven digs and two blocks against the Fighting Irish. The senior totaled 27 kills through 12 sets, hitting a scorching .643 against Chattanooga. She added eight digs, seven blocks and 3.5 points per set in last weekend’s action.

Victoria Young, UAB, R-Sr., Mobile, Ala.
Young was a dominant force at the net in UAB’s four matches last week. The senior compiled 19 blocks, including eight to tie her career-high against in-state rival Troy, through three Blazer sweeps. The Alabama product amassed seven aces, 22 kills, six digs and 3.19 points per set in a midweek against Alabama State and at the Big Orange Bash hosted by Clemson.

Ivone Martinez, Florida Atlantic, Sr., Mexicali, Mexico
One of the most efficient setters in the nation, Martinez quarterbacked the Florida Atlantic offense to another 3-0 weekend at the DePaul Invitational in Chicago. The senior, who currently ranks seventh in the country in assists per set, averaged 12.40 last weekend to pair with 2.40 digs per set, six blocks and 10 kills. She hit weekend-highs with 51 assists, 12 digs, and five kills against Fort Wayne to notch her career’s 26th double-double.

For the second straight week, Ivone Martinez was named Conference USA Setter of the Week. https://t.co/TEkY48paw9

Katie Isenbarger, WKU, Fr., Zionsville, Ind.
Isenbarger made the jump from reserve to starter last weekend for the Lady Toppers and played a pivotal role in the team’s three victories. The Indiana native posted 27 kills, a team-best 11 blocks, seven digs and 2.83 points per set in three starts. The freshman had no problem handling Notre Dame, chipping in nine kills and four blocks, before turning to Miami (OH) in the weekend finale where she inked another four stuffs with a weekend-high 11 kills and 14 points.