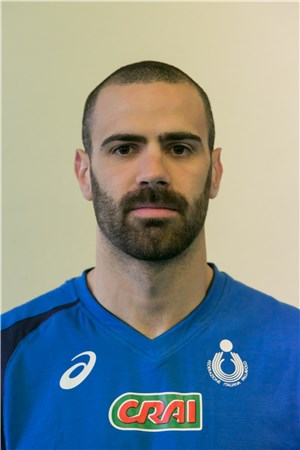 Lube Civitanova has announced in its official website the signing of Jacopo Massari. The 6’1″ outside hitter is transferring out of Vibo Valentia. During his 11 year pro career, Massari has played mostly in Italy with Piacenza and Modena, and has also enjoyed a one season stint with Paris Volley. With Italy’s national team, Massari won a silver medal at the 2015 World Cup.

Here are his first words as a member of Lube:

“I’m really excited to be part of this group and of this club. For me it’s a dream come true, a stage that not everyone has the good fortune to tread. I am grateful to those who wanted me, primarily to the team, I hope to repay the trust placed in me with the work and the determination of who is aware of the opportunity he has had. I also send a big hug to the Lube fans, see you soon!”

Massari signed a two-year contract. A pass-first outside hitter, and quite inefficient at the net, it’s doubtful he’ll crack the powerful Civitanova starting offensive rotation that has in it names like Yoandy Leal and Osmany Juantorena, acting instead as a spark off the bench.