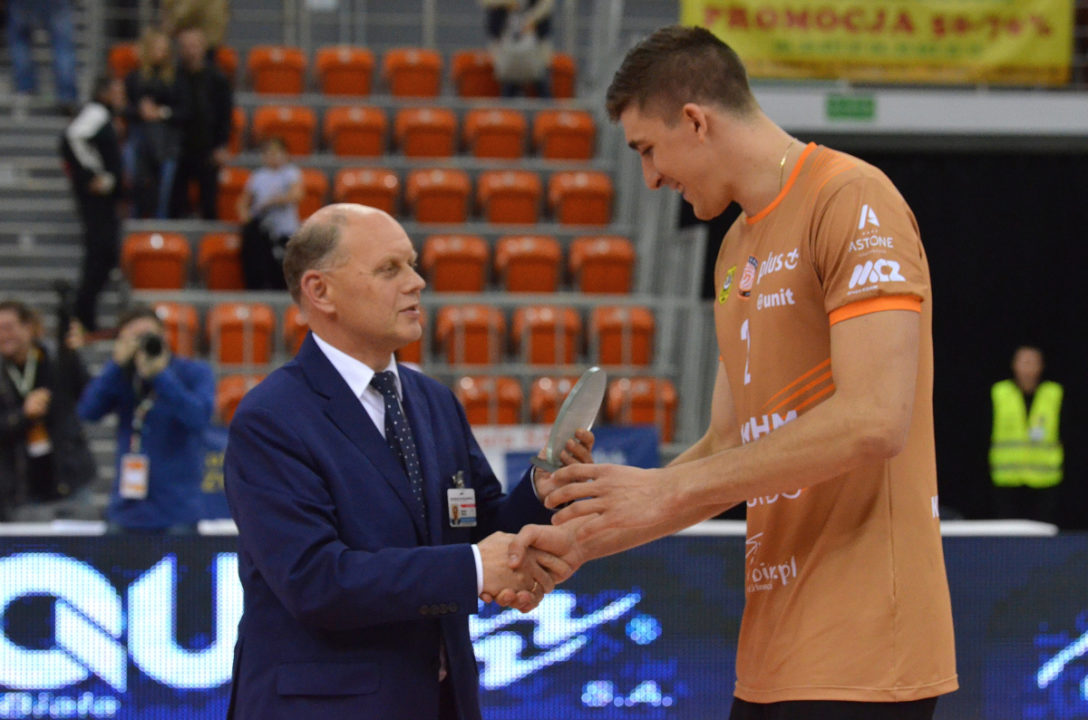 PlusLiga's Cuprum Lubin had big expectation for its 2017-18 season, specially after making the playoffs in the last two editions of the competition Current Photo via Plusliga.pl

PlusLiga’s Cuprum Lubin had big expectation for its 2017-18 season, specially after making the playoffs in the last two editions of the competition. The team got up to a huge start, but eventually it ran out of steam and currently sits in 9th place in PlusLiga standings with a 13-14 record, 10 points away from the first playoff berth. Lukasz Kaczmarek, one of PlusLiga highest scoring machines has recently stated in an interview that now with only 3 games left in the season, the team’s hope for a podium finish has already vanished (Siatka.org):

“We definitely aimed at finishing at least in sixth place. The match with Olsztyn was very important to us, it was a duel for the proverbial “six” points. Unfortunately, we lost it, just like the clash with Gdansk. There is nothing to say about it, our medal dreams have already fled. Despite everything, we will try to finish the season in the highest possible place.

The beginning of the season was good, because – there is nothing to hide – we played with teams which are now at the bottom of the table. We scored points with them, but at the moment when we were faced with teams with similar potential to us, we were killed. The only positive was the match with the team from Jastrzębie, where we won a couple of points points. Defeats against the top teams have closed the door to our fight for the top six. This league shows that practically every match, whether it is away or at home, is difficult. This year each team presents a high level.”

Lubin’s next games will be against 4th placed Onico, 10th placed Katowice, and 15th placed Bydgoszcz.