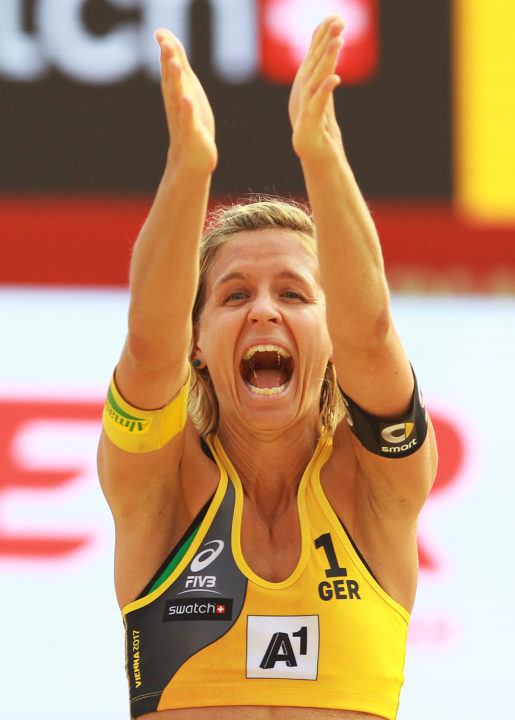 2016 Olympic Champions Laura Ludwig and Kira Walkenhorst run through young American’s Kelly Claes and Sara Hughes for 2-0, (21-16, 21-16) victory. The win moves the Germans to the quarterfinals round of the tournament, with Claes/Hughes being eliminated finishing ninth in the competition.

Though the match was close in statistics, it came down to which team made the least amount of mistakes. The American’s committed 13 unforced errors in the match while the Germans only had seven. The majority of the errors came from Claes as she made six hitting, three serve receive and four service errors. Though she made a number of errors she was effective for the team with a 63% attack efficiency.

Claes served aggressively in the match, missing off the back line, while on her attacks she did the same thing, with shots just missing off the back line or the side of the court. She was effective going to the right side of the block for a nice cross court shot, while also finding success down the line. Hughes had only nine hitting attempts in the match finding the line as her go-to shot.

On the serve, Ludwig/Walkenhorst aimed at Claes, so she would have to hit, which proved to be an effective strategy. Walkenhorst hit the ball mainly from the right side of the court in the match, finding success in a number of different shots, going sharp cross, deep cross and down the line to find the sand. Ludwig’s top shot was down the line.

Up next for the Germans will be Summer Ross and Brooke Sweat of the USA in the quarterfinals.