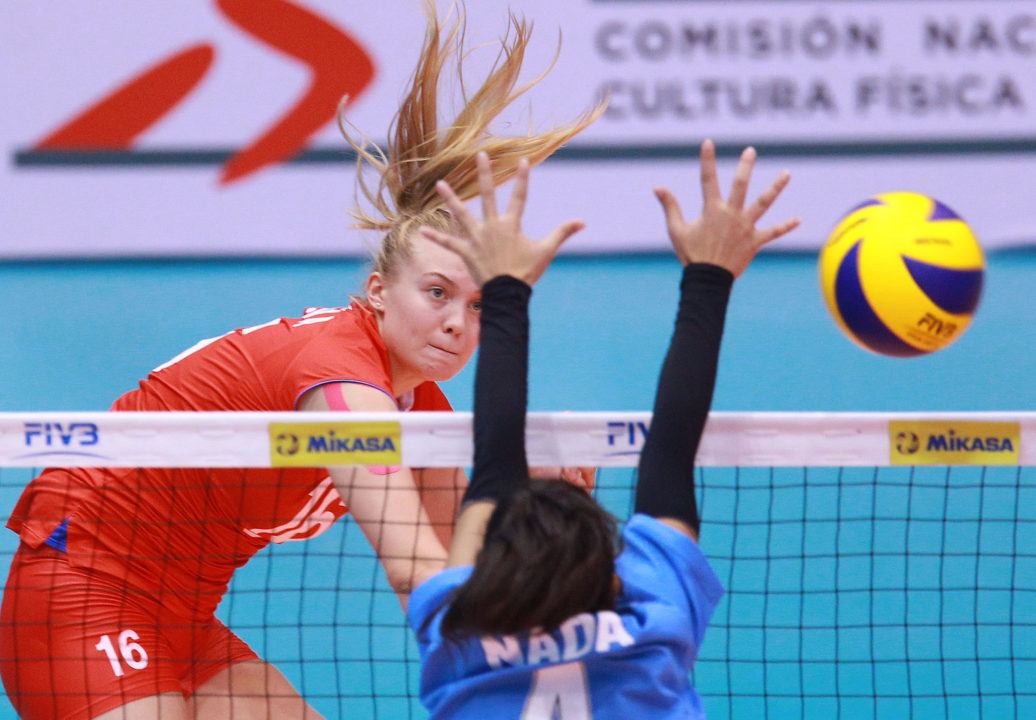 Up and coming Russian star Vorobyeva has a new club team.  Current Photo via FIVB

Maria Vorobyeva has a new club team for the 2017/2018 season. The up and coming Russian star has signed a contract to play for VC Zarechie-Odintsova in the Russian Super League, the top women’s league in Russia. At only 19 years of age, Vorobyeva already has experience playing professionally, having previously played club volleyball with Ufimochka in Russia.

The 6’ (184 cm) wing spiker served as captain of the U20 Russian women’s national team this past summer. The team made a strong run at the FIVB Women’s U20 World Championship which was held in Mexico. Vorobyeva scored 16 points in the semifinal win over Japan as Russia won in five sets. She contributed 7 points in the straight set loss to China in the finals as Russia settled for the silver medal. She finished the tournament with 74 total points on 60 kills, 3 blocks, and 11 aces. She finished tied for 13th in kills for the tournament.

VC Zarechie-Odintsova finished the 2016/2017 regular season in 6th place overall. They lost to Uralochka in four sets in the playoffs and eventually finished in 5th place. In their final match they defeated Saratov in five sets winning the deciding set 15-12. Dynamo Moscow defeated Dynamo Kazan to win the Russian Super League title.