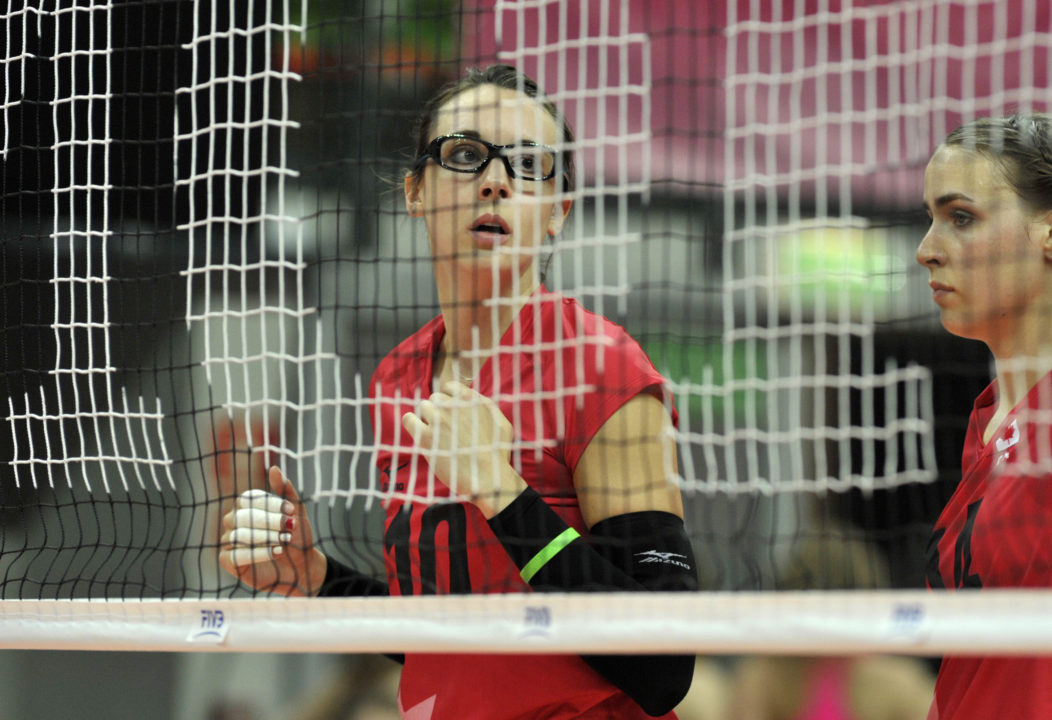 Team Canda recently had its roster announced for the 2018 Women’s World Championship. A notable exception from it was the absence from Marisa Field, who had just announced her retirement from the team a few weeks prior. Field is leaving the squad after 11 years and 120+ caps. She holds the distinction of having defended Canada’ s colors at 2 WCHs, 3 Grand Prix, 5 Pan Am cups, and 2 Olympic Qualifying Tournaments. The 6’2″ middle blocker, currently 31 years old, was the 2011 NORCECA Championship Best Blocker and once had her vertical reached measured at 10’3″.

Field’s decision to retire from international competition doesn’t mean, however, that she is ready to stop playing all together, as she still wants a few more seasons under her belt. As a college player, she led the UBC Thunderbirds to two national titles. Professionally, Field has amassed successful stints in Spain, Germany, France, Switzerland, Greece, Sweden and the Philippines. She is currently in Greece playing for AO Thiras (Santorini) for the 2018/19 season.

She took to her personal Instagram page to announce the news to her fans as well:

“So after 10 years (11 seasons) of playing for my country & wearing the maple leaf proudly across my chest, the time has come to hang up my #10 🇨🇦 jersey … (*but not the court shoes, just yet…). I am forever grateful for the opportunity to travel the world representing Canada, and for the many, many amazing teammates and friends I was honoured to play beside, learn from, be inspired by, and make memories with. Thanks to all those coaches who helped me get there and realize my dreams (you know who you are)… It changed the course of my entire life. To think, I almost became a Chemist… 👩🏻‍🔬😳Anyways, tough to wrap your head around a huge chapter of your life coming to a close, but it was part of my life that will never be forgotten.”