Side by Side: Mark, Leisa Rosen Earn 400th Win at Michigan 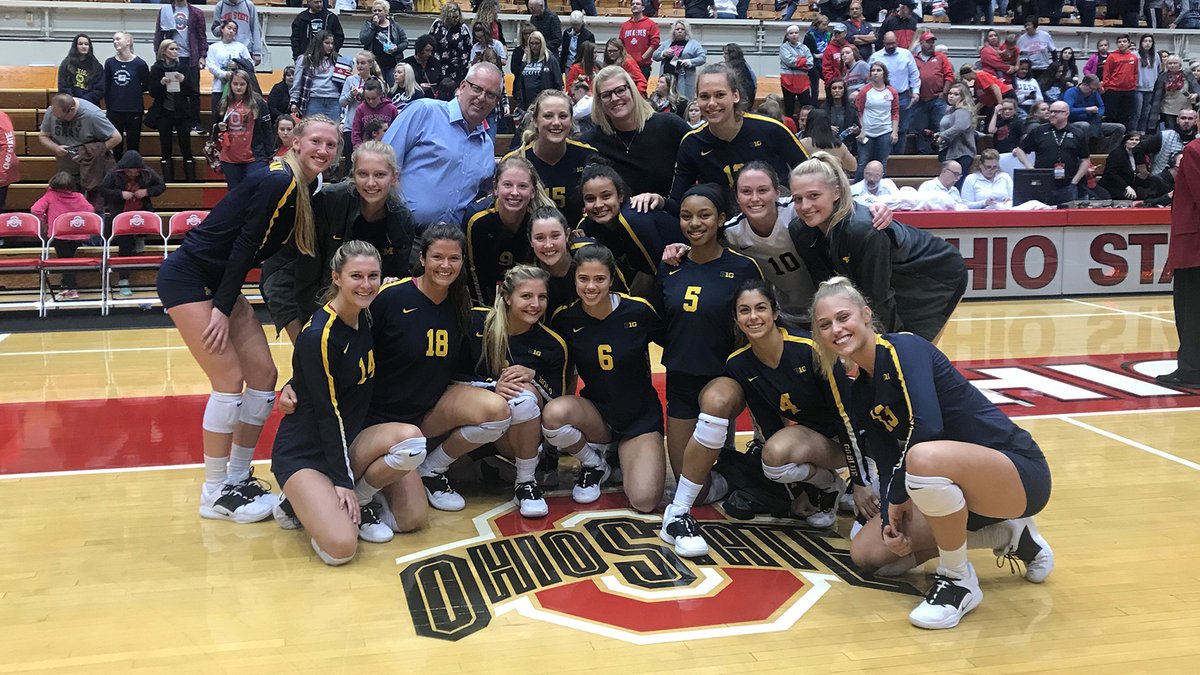 Michigan head coach Mark Rosen alongside his wife and associate head coach Leisa earned their 400th victory with the Wolverines on Friday as the team outlasted Ohio State in five sets on the road. Current Photo via Michigan Athletics

Michigan head coach Mark Rosen alongside his wife and associate head coach Leisa earned their 400th victory with the Wolverines on Friday as the team outlasted Ohio State in five sets on the road.

Congratulations to Mark and Leisa Rosen, who captured their 400th win with the Maize and Blue tonight! #GoBlue pic.twitter.com/sdYDvCp73U

The Rosens came to Michigan in 1999 and have led their teams to a 400-246 record including . The pair has led the Wolverines to 16 NCAA appearances, including the national semifinals in 2012, the Elite Eight in 2009 and six Sweet 16 berths.

Under the Rosens, Michigan has posted 59 wins over Top 25 opponents and has been ranked or received votes in each of the last 11 seasons. Their teams have posted at least 20 wins in 12 of the last 15 seasons including 27-win efforts in 2009 and 2012, and notched 10 or more Big Ten wins nine times.

Mark reached the 600 win milestone back on Sept. 7 with a win over Oakland, including a 57-12 record in two seasons at Cal State Bakersfield, a 134-16 mark in four years at Northern Michigan and an 18-9 mark effort in a year at Boise State.

The Rosens are one of 11 known married couples on Division I coaching staffs.

Bryant’s Theresa Garlacy and assistant coach/husband Ted boast a 509-335 record in 23 years on staff together, while Wichita State’s Chris Lamb has posted a 422-168 mark with wife Shannon on staff, first as an assistant coach and currently as the director of operations.

The Rosens are next on the wins list among the married couples.

In VolleyMob’s research, another married couple – Meghan and Daniel Magnusson – arose. The pair are currently an assistant coach and volunteer assistant respectively on the UNC Wilmington coaching staff. Daniel is in his first year with the team, while Meghan is in her third.