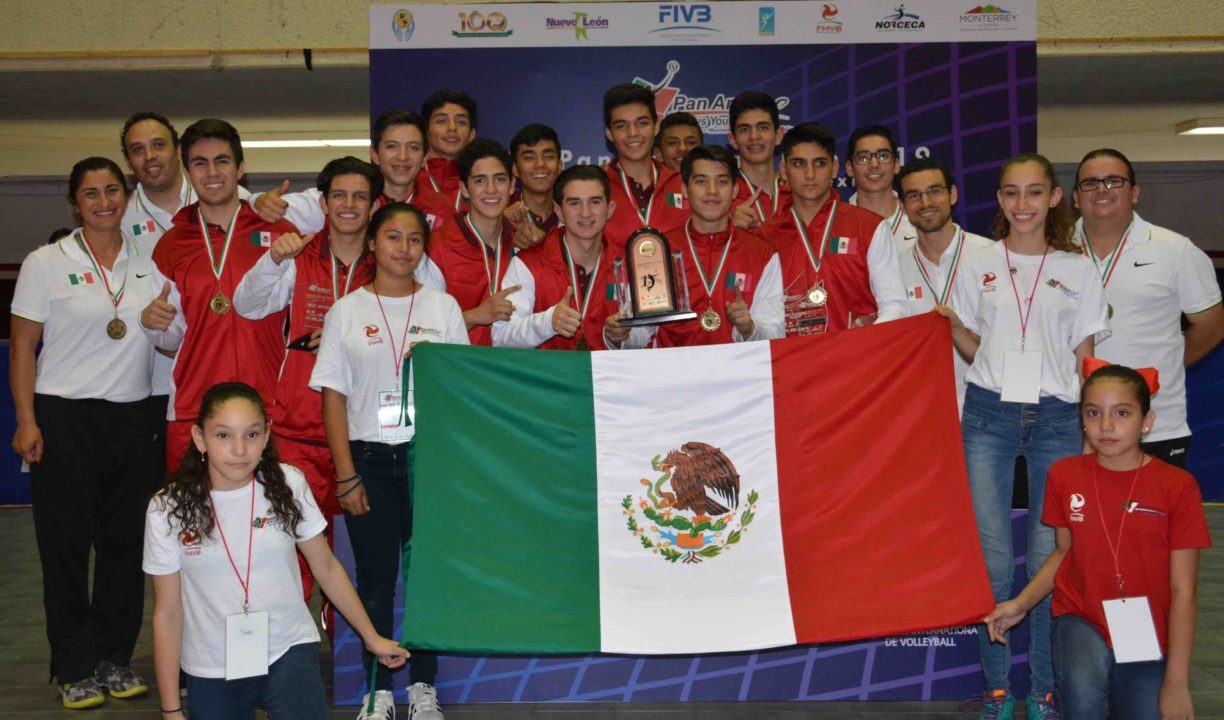 The field for the U19 World Championships is beginning to take shape as three more teams were decided last weekend at the Pan American Cup in Monterrey, Mexico.  Mexico, Chile and Puerto Rico join the field after their 1-2-3 finish at the event.

Chile earned the final spot for the CSV Conference, joining Argentina and Brazil who were the champion and runner-up at the South American Championships in October.

The CAVB conference representatives, Egypt and Tunisia, were decided at the Africa Boys’ U19 Championship in September.

Host nation Bahrain received an automatic bid in the AVC group. The U19 World Championships will take place from August 18-27.

Mexico won gold with 3-0 victory over Chile in the championship match, 25-20, 25-9, 25-20 on Saturday. Raymond Stephens, who was named MVP, best server and best receiver at the tournament, led the way with seven of Mexico’s 13 aces. Mexico also won the blocking battle, 9-3 to win its first ever U19 Pan-American title.

“I am very glad,” Mexico head coach Gabriela Alarcón said. This is the result of the teamwork by the boys, the federation and the state associations that provide us their players. We had this result and now we go to the World Championship.”

Chile’s coach Ivan Villarreal was equally pleased with his team’s result, telling FIVB that: “This was a very wonderful experience, because playing against a very strong team like Mexico and getting the World Championship ticket before the final are part of a very important stage for us.”

“This is something great, not only the qualification to the World Championship, but also to win a medal and take it home to our country,” Puerto Rican head coach Juan Albarrán told the FIVB. “We struggled in our complex 1 plays in the last set. It was complicated but fortunately we could make it.”

Gabriel Garcia, who scored a record 43 points in his team’s five-set victory over Colombia on Tuesday, again had a big day, accounting for 37 points in the bronze medal rematch. Garcia became the first ever male player to reach the 40-point plateau in a NORCECA or Pan American volleyball tournament. Only Trinidad & Tobago’s Channon Thompson, who recorded 46 points in a loss to Costa Rica at the 2010 NORCECA Girls’ Championship, has done so on the women’s side.

Final standings at the Pan American Cup were: