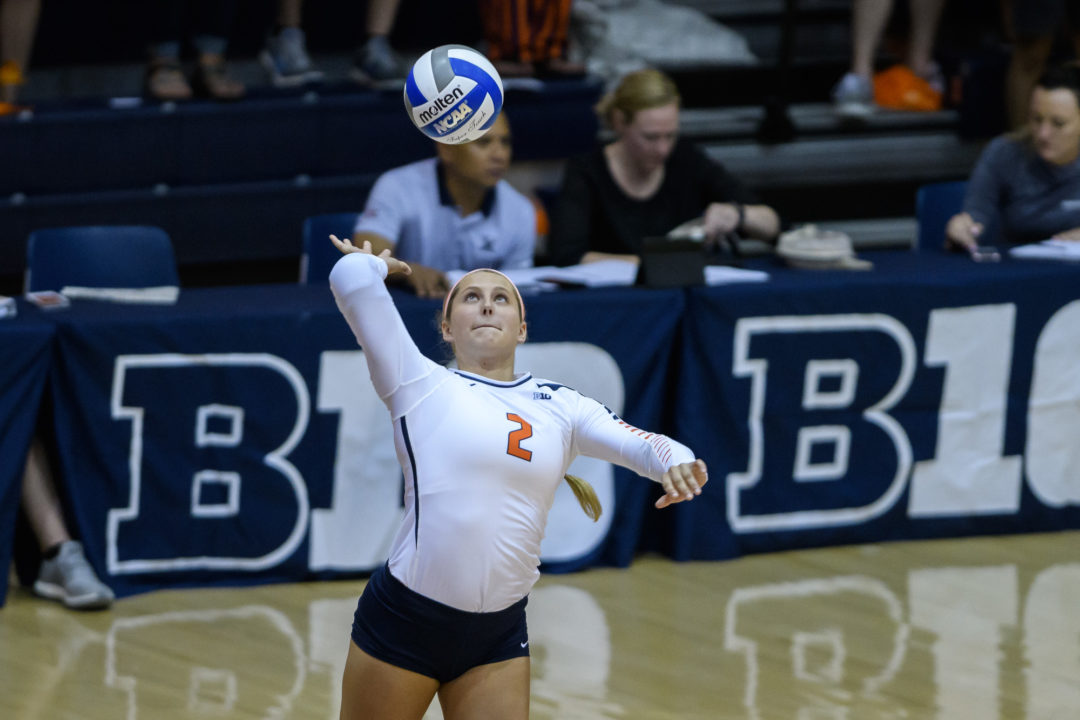 The Missouri Tigers are going all-in on the transfer market to bolster their 2018 roster, as they made the addition of their fifth player from another school with defensive specialist/libero Annika Gereau. A 5’8″ junior-to-be in the fall of 2018, Gereau has yet to be confirmed by her new school but is likely to be immediately eligible as she is changing conferences.

A native of Oshkosh, Wisconsin, Gereau came to Illinois from Winneconne High School where she was an AVCA Under Armour High School Third-Team All-American. As a true freshman in 2016 she posted 12 digs and four aces in 20 sets, while she logged 150 digs (1.53 per set) and 18 aces (0.18 per set) this past season as a sophomore.

The loss for Illinois leaves them with four defensive specialists/liberos for their returning 2018 roster. The Fighting Illini finished last year at 23-11 and 12-8 in Big Ten play, as they made it to the Sweet 16.

Speaking of regional semifinals appearances, Missouri is fresh off of two in a row now as they are looking to re-tool with a fifth college-ready transfer. Not to mention that Gereau is the second former Illinois player to come to Columbia, joining former Fighting Illini middle blocker Tyanna Omazic.

Gereau now joins only two other players at her position for 2018, plus any other incoming freshmen or additions the Tigers make. One of those two is a returner from the 2017 team, while the other is former William & Mary DS/L Katie Turner, who will compete with Gereau as another newcomer at the position.