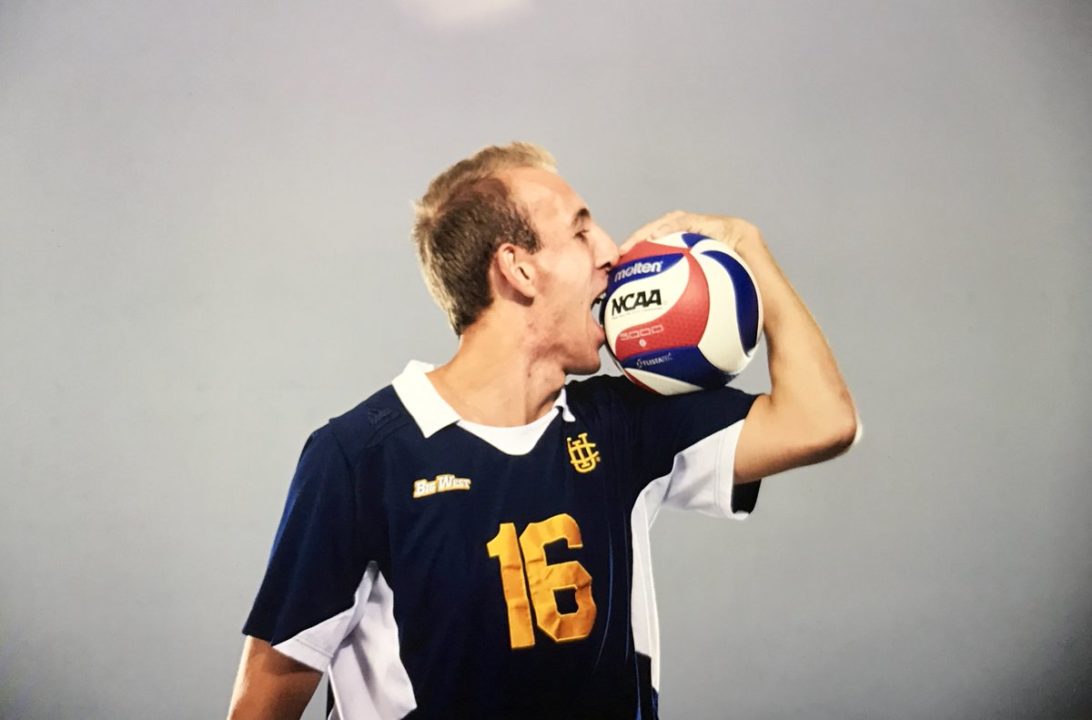 Sweeps were the order of the night on Saturday as No. 4 UC Irvine, No. 5 Loyola Chicago and No.... Current Photo via UC Irvine Athletics

Sweeps were the order of the night on Saturday as No. 4 UC Irvine, No. 5 Loyola Chicago and No. 9 Lewis notched Top 20 victories and vote-getter Barton bested Limestone.

Key Stats: The Anteaters resumed action after an eight day layoff by hitting .405 and besting USC in every statistical category, while extending their five match win streak to six. UCI outhit the Trojans .405 to .117 with help from a 7.5 to 5 lead in blocks and 43-27 advantage in kills. UC Irvine also boasted a 4-1 edge in aces.

It Was Over When: Up just one at 7-6, UC Irvine upped its lead to five at 13-8 with kills by Wilmot and Koubi and three Trojan miscues. A kill and a solo stuff by Koubi and an ace by Apfelbach helped push the Anteater margin to 10 at 19-9. USC was within eight at 20-12 after two UCI errors and a Franklin putaway. The Anteaters closed out the sweep with a 5-1 run. Two Trojan errors and a Wilmot kill set up two final putaways by Apfelbach.

Key Stats: Loyola won its fourth straight match via sweep, besting Fort Wayne at home Thursday night. The Ramblers hit nearly .400 in the match and outdid the Mastodons in every statistical category in the victory. Loyola boasted the lead in kills (47-35), aces (7-2), blocks (5-4) and hitting efficiency (.398 to .265). After hitting .300 or better in the first two sets, the Ramblers saved their best for last, notching an errorless .615 clip to close out the sweep.

Stat Leaders: Senior opposite Ricky Gevis (12), junior outside Collin Mahan (11), senior outside Ryan Jamison (10) and senior middle Jeff Jendryk (9) made up a balanced attack for the Ramblers, each hitting nearly .300 or better. Jendryk led the way with an errorless .692 hitting effort, followed by Mahan at .435. Gevis posted a team-high three blocks as did junior middle Paul Narup, while Jamison accounted for a team-best six digs. Seven different Loyola players served up an ace in the match.

Sophomore outside Pelegrin Vargas downed 12 kills to pace the Mastodons, while redshirt junior outside Tony Price (7), sophomore middle Richie Diedrich (6) and freshman middle Tomas Gago (4) followed. Gago hit at a team-high .571 clip, while Diedrich registered a .500 effort and a team-best three blocks. Redshirt junior outside Colton Stone and junior outside Austin Neace each served up an ace, while junior setter Michael Keegan paced the backcourt with nine digs to go with his 31 assists.

It Was Over When: Down 4-3 early in Set 3, Loyola broke away with a 9-2 run. Three kills and a block by Mahan and an ace by Jamison highlighted the rally, which gave the Ramblers a 12-6 edge. Fort Wayne scored four of the next six, including two Vargas putaways, to pull within four at 14-10, but would get no closer. Loyola scored nine of the next 12 to put the stanza and the match out of reach. Three Jendryk kills and a putdown and a block by Garrett Zolg helped the Ramblers to a 23-13 lead. The teams traded points over the next four serves with a Jamison putaway marking the final nail in the match.

It Was Over When: The Cardinals snagged a 6-2 lead in Set 3 as Weiler posted a kill and an ace in the early going. Lewis turned the tables with a 9-2 run, including three Mitchem blocks and two Bugee aces, which lifted the Flyers to an 11-8 advantage. Ball State called timeout and worked its way into a tie at 12 and 13, but couldn’t overcome a 7-3 Flyer surge, including four errors. Down 20-16, BSU called timeout and scored back to back points, but Lewis wrapped up the sweep with five of the final seven. Kills by Murray and Perinar dealt the final blows.

Key Stats: A .287 to .071 advantage in hitting efficiency and 40-26 lead in kills lifted Barton to its 12th straight victory. The offensive differential made up for a 3-2 deficit in aces and 7-4 Limestone advantage in blocks. The Bulldogs hit .387 in Set 1 and remained over .200 the rest of the way. After hitting .182 in the first two sets, Limestone bottomed out with a -.152 effort (4 kills, 9 errors) in the final stanza.

Stat Leaders: Sophomore right side Angelos Mandilaris downed 16 kills and junior outside Aleksa Brkovic added 11 to lead the way for Barton. Brkovic hit at a team-best .500 clip, while both players notched a pair of blocks. Junior outside Vasilis Mandilaris chipped in six putdowns and a team-high 11 digs, while junior middle Nick Leary added five kills and an ace.

Freshman opposite Francisco Salinger Cenzual was tops among the Saints with eight kills and an ace. Senior outside Anthony Savage and freshman opposite Jarrett Malone followed with six kills apiece. Malone hit at a team-high .500 clip and put up four blocks, while freshman outside Geraldo Rivera also notched four stuffs to go with three kills. Redshirt junior setter Logan Riley and freshman middle James Loftus also served up an ace.

It Was Over When: Four players turned in kills as Barton seized a 7-3 advantage in Set 3. Two service errors and a block by Lord and Angelos Mandilaris upped the Bulldog edge to five at 11-6. Limestone scored three straight to pull within two at 11-9 on a Loftus ace, but Barton closed out the match on a 14-6 run. Six Saints miscues coupled with three Angelos Mandilaris putaways and two kills and an ace by Brkovic put the Bulldogs up 24-14. A Limestone block kept the match going, but Barton answered with one of its own, by Lord and Michael Perez, to seal the win.