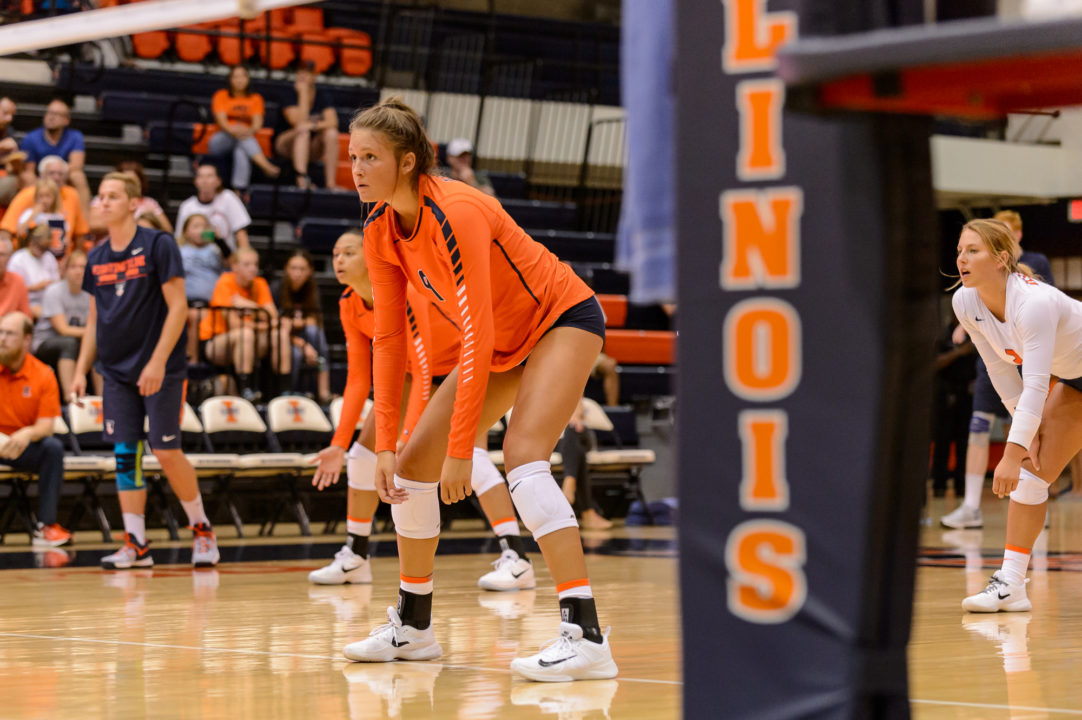 Former Illinois middle blocker Tyanna Omazic is transferring out of the program to nearby by Missouri for 2018 in the Southeastern Conference.  A true freshman in 2017, Omazic will be a sophomore for the Tigers in 2018. It’s not confirmed if she will garner her release, but it would seem likely she does to be immediately eligible as she is changing conferences.

Omazic becomes the fourth transfer addition to the 2018 roster for Missouri, who are losing some key players following a back-to-back Sweet 16 run. In fact, the quartet of transfers provide the team with something across the board, as they’ve now tacked on a setter in Jaden Newsome from Colorado, an outside hitter from Miami Dade College (JuCo) in Sun Wenting, a DS/L in Katie Turner from William & Mary and now a middle blocker in Omazic.

Illinois, who went 23-11 last season and 12-8 in the Big Ten, is left with two middle blockers on their returning roster for 2018 – both of which are seniors led by Ali Bastianelli.

For Missouri, who finished 2017 at a 22-12 and 13-5 in the SEC, the 2018 roster now consists of two returning middle blockers plus Omazic – as well as any incoming freshmen at the position.