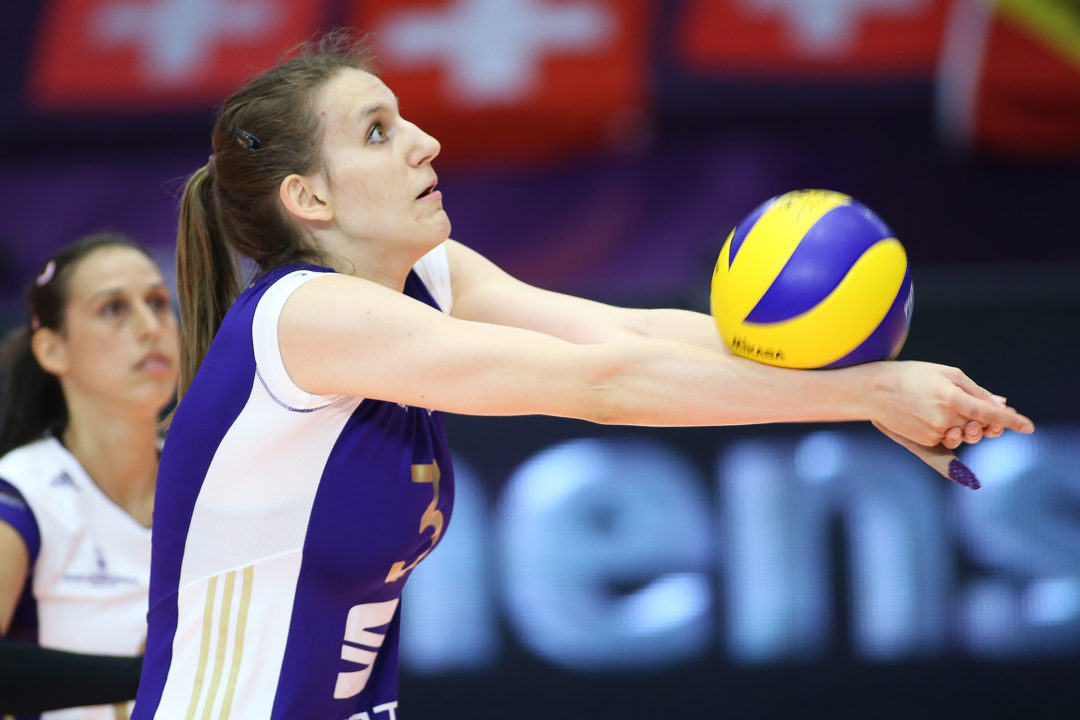 Lately, Vôlei/Nestlé Osasco has been a great Brazilian destination for Serbian players. Just last season, it brought in national teamers Tijana Malesevic and Ana Bjelica to defend the team’s colors, and for the 2015/2016 season Sanja Malagurski was its player of choice (None of them had the success that their compatriot Brankica Mihajlović had on its bitter rival Sesc/Rio de Janeiro, though, winning a Superliga title with the team, which gives rise to mean jokes between both team’s fans).

This year, Osasco grabbed up Serbia’s 25 year old 6’4″ middle blocker Nadja Ninkovic.  Ninkovic last played for Romanian club Alba Blaj, where she won the Romania’s domestic league title, Switzerland’s Volero Zurich, and Italy’s Firenze. Although not a stable in Serbia’s national team, she did play in this year’s FIVB Grand Prix, and was on its squad when they won European Championships gold all the way back in 2011. She comes with the full support of Osasco’s starting setter, Fabiola Souza, who faced Ninkovic numerous times in Europe, and attested the youngster’s potential.

Ninkovic will have big shoes to fill, as she will take the roster spot left by Brazilian national teamer Saraelen Lima, who transferred out to Hinode/Barueri. Also, Osasco has a successful tradition regarding its past middle blockers, most notably Thaisa Daher and Adenizia da Silva, both gold medalists who played long years for the team.

Here is how she announced her decision on Instagram: