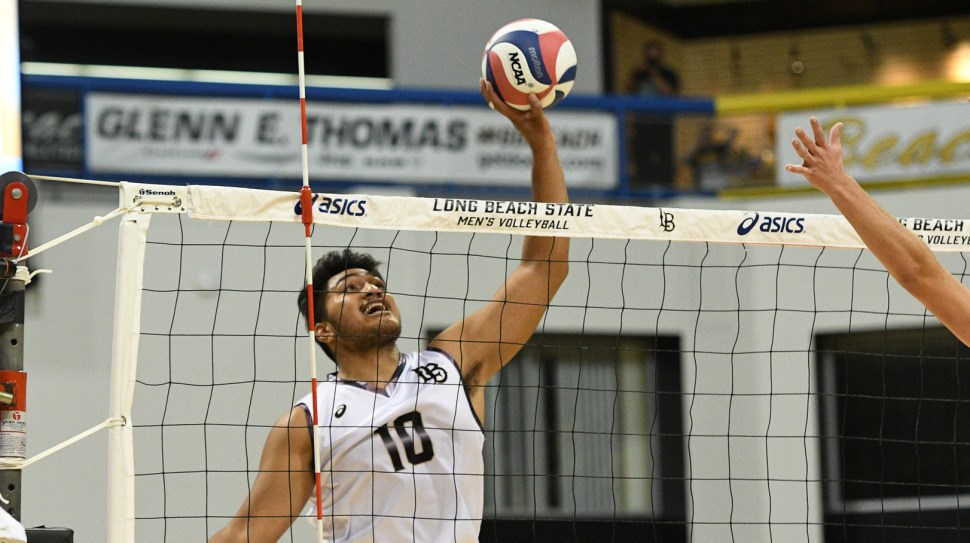 After 5 weeks of play in the 2017 Men’s NCAA Divsion I-II volleyball season, the ever-important conference battles are starting... Archive Photo via LBSU Athletics

After 5 weeks of play in the 2017 Men’s NCAA Divsion I-II volleyball season, the ever-important conference battles are starting to shape up across the 4 big conferences in the joint division. These conference battles are crucial heading toward May’s NCAA Championship tournament, as the champion of each conference gets an automatic bid to the NCAA tournament. There’s only 2 at-large bids available in the 6-team tournament (the top 2 seeds get first round byes), and so being a conference champion not only eliminates the human element of choosing those 6 teams, it brings with it heavy seeding implications.

The biggest shakeup in the standings came in the MPSF, where BYU took a pair of games against UCLA to knock the Bruins from an undefeated perch in the conference. UCLA was without two starters, Jake Arnitz and Mitch Stahl in those games, costing them their conference lead. Long Beach State now sits atop the MPSF thanks to a weekend sweep of Stanford. Pepperdine and Hawaii, meanwhile, are on the conference bubble, currently ranking 6th and 7th, respectively. Both teams have the most challenging pieces of their schedule remaining. Both teams have 2 games left against BYU, while Hawaii has 2 and Pepperdine 1 game remaining against UCLA.