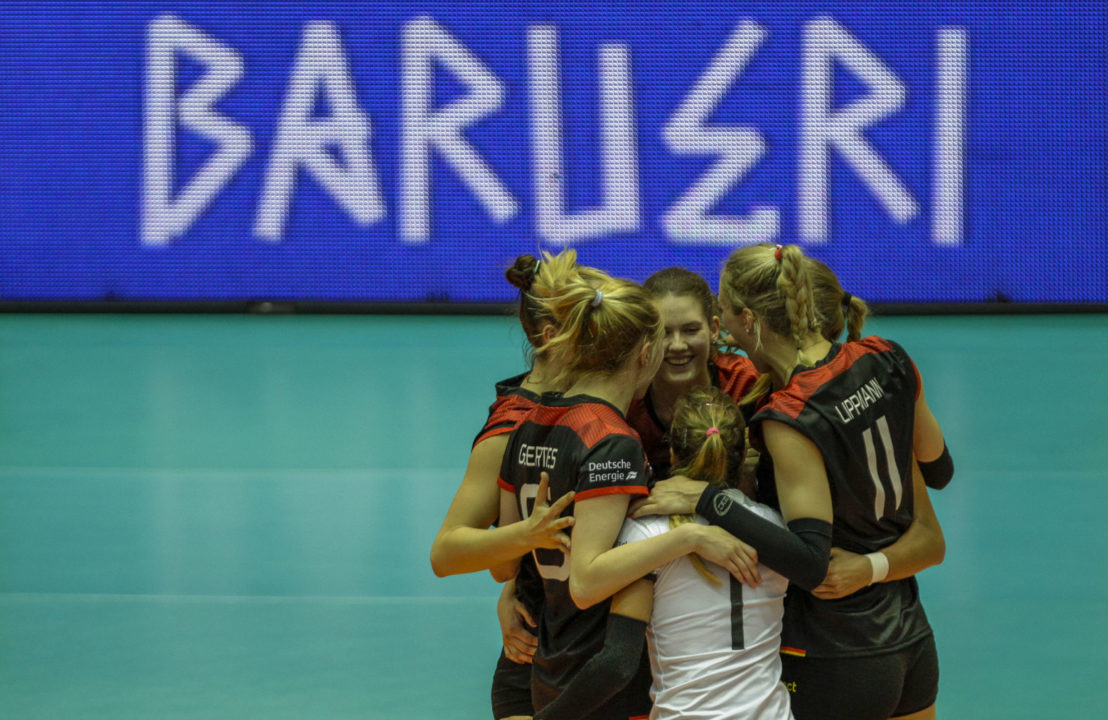 The German Volleyball Federation has announced in its official website its female team for the FIVB 2018 Women’s World Championship, to be held in Japan from September 29 to October 20:

Here is what coch Felix Koslowski said of the call up:

“It was a very difficult decision for us again. In the end, it was about nuances that have become apparent in recent weeks. It is not an easy walk for us because we know what these players have done. On the other hand, we are happy that we have found our 14 players for the World Cup. The anticipation is increasing day by day.”

“The team and I are now looking forward to finally getting started, it is perfect to have a training camp in Japan to acclimatize. It is always a special experience to play in volleyball crazy Japan, I’m really looking forward to that.”

Fromm, who has 312 caps with the German squad, will play her third WCH with the team. Lenka Durr will also be playing her third WCH, while Jennifer Geerties, Denise Hanke and Louisa Lippmann will be playing their second. The remaining players, 9 in all, will make their WCH debuts. The team boasts averages of 24.9 years of age and 88.1 international caps.

Germany, ranked 13th in the world, and which finished the 2014 edition of the WCH in 9th place, will debut at the competition on September 29 against the Netherlands. It will then go on to play against Cameroon, Argentina, Mexico, and Japan.